Meet Some Nonfiction Authors of Fall 2021 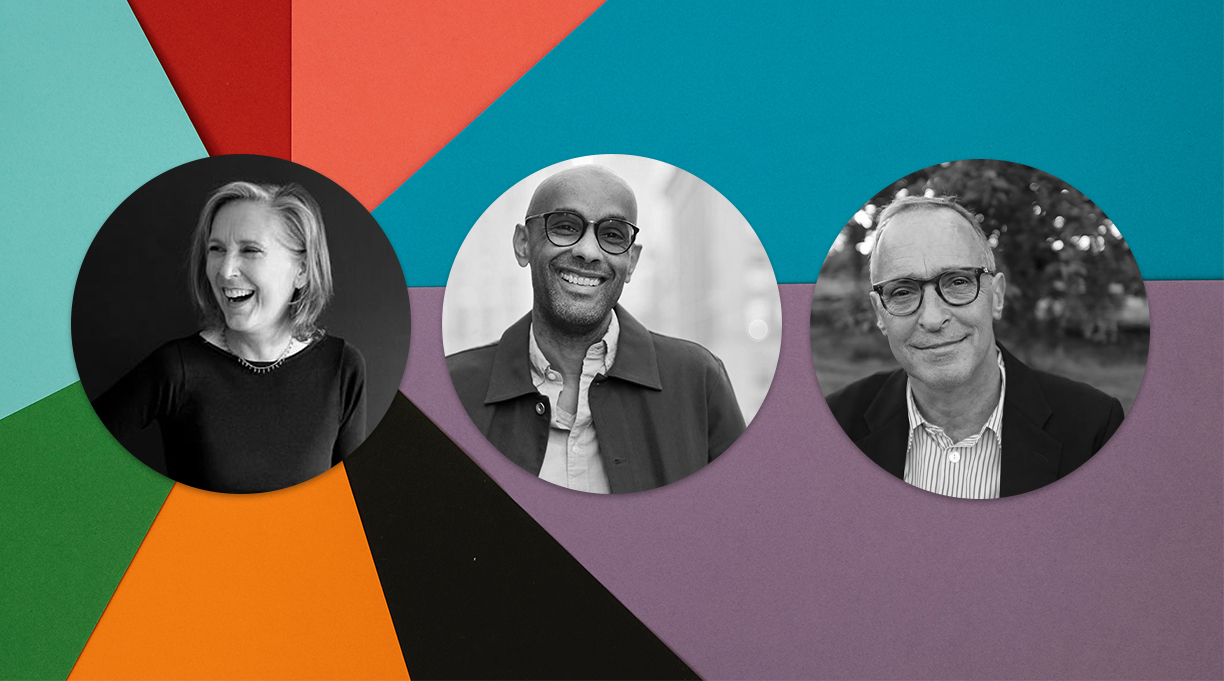 The roster of major authors with nonfiction books out this fall is seemingly endless, among them Susan Orlean, Maggie Nelson, Joseph J. Ellis, Padgett Powell, and Joy Harjo. We asked three of the most prominent to answer some questions by email.

Mary Roach has always garnered positive reviews from Kirkus, so it was no surprise that her latest, Fuzz (Norton, Sept. 14), received a star: “From the terrifying to the frustrating, a great starting point for understanding the animal world.”

Fortunately, I had finished all the traveling I needed to do except for a raccoon chapter I planned to report in Toronto. I recall, in mid-March, being told by the airline that the border had closed. “Oh, but surely it’ll be open by end of May, no?” I could work with that. The guy was quiet. There is no raccoon chapter. Happily, I had some writing projects lined up that required no travel—a middle-grade adaptation of Packing for Mars and an epilogue for a new release of Stiff. I worked from home, and I missed my officemates, but otherwise the writing process was little changed. I sat outside more. I had a tan.

Tell me about your childhood reading experiences.

My pop [would] bring me along to the public library, drop me in the children’s section, and head off to Biography and True Crime. The library was my day care center, and that was fine by me. I lived for the Tintin books.…My other favorite childhood book was a lesser-known entry by Robert McCloskey: The Man Who Lost His Head. Dude wakes up and his head has gone missing. He looks everywhere, including the garbage can; installs a pumpkin atop his neck (later deemed too “conspicuous”—my introduction to that word); and heads out across town to look for his head. Did this influence the decision to one day write a book with an entire chapter about heads removed from their bodies? It’s fun to think so.

What advice would you give your younger self about being an author?

I recall being contacted by agents who had read my magazine pieces and decided what sort of book they thought I should write. “You know The Physics of Star Trek?” one said. “What about something like that?” In other words, try to imitate this or that bestselling author and hope that your book might bob along in its wake, or at least fail to sink. That is not good advice. My advice would be this: Be the author other authors are told by shitty agents to imitate. In other words, be surprising; be original. Be you.

Kelefa Sanneh’s work in the New Yorker has always been a fan favorite at Kirkus, so I was delighted that his first book, Major Labels: A History of Popular Music in Seven Genres (Penguin Press, Oct. 5), received a star. We call it “a pleasure—and an education—for any music fan.”

I didn’t start the book but I did finish it during the pandemic, and I was lucky to have a big project I could work on in my little home office. The pandemic eliminated a wide range of useful and useless activity; I’m honestly not sure whether it made me more efficient or less efficient. But my book tells a story about how popular music got so fragmented—so weird—in the half-century after the 1960s. So it was strange to have this horrible plague arriving right on time, emptying arenas and dance clubs around the world and maybe setting the stage for whatever is coming next.

What book do you absolutely love that deserves renewed attention?

I don’t think it’s obscure, but I hope new generations of readers keep discovering The Death of Rhythm Blues, Nelson George’s 1988 book about the history and fate of one of the great American genres. George was writing at what seemed like a time of crisis: As an editor at Billboard, he was closely attuned to both the culture and the economics of RB, and he was concerned for its future and for the future of Black America. It’s an incisive book and a challenging one—a reminder of how critical consensus is always being made and unmade. (And wait ’til you read what he says about Mick Jagger!)

Oh, my God—someone writing about my life? If we’re that deep into the realm of fantasy, then let’s bring back two of my New Yorker predecessors. A.J. Liebling (1904-1963) wrote vivacious, acerbic articles about all sorts of people, including boxers and other interesting characters; I have no idea whether he would have found me “interesting,” but I can dream. Ellen Willis (1941-2006) was one of the sharpest rock critics who ever lived, with a knack for seeing people more clearly than they saw themselves. When I imagine her writing about me, I also imagine what it would be like to get the news and to spend a few hours—or maybe a few days—working up the nerve to read what she had written.

As droll and as popular as ever, humorist David Sedaris returns this fall with A Carnival of Snackery: Diaries (2003-2020) (Little, Brown, Oct. 5), a follow-up to the earlier journal entries collected in Theft by Finding. Kirkus calls the book “a rich trove for hardcore Sedaris fans.”

When you’re publishing your diaries, you can’t keep everything. How do you decide what ends up on the cutting room floor?

I cut probably 99% of what I wrote between 2003 and 2020. Most of it was easy to discard—too dull, too whiny, etc. Then, too, I cut things for privacy, not mine so much as various friends’ or family members.’ I kept things I thought were funny or that astonished me, like the fact that when deaf people gain their hearing, they’re often surprised that the sun doesn’t make any noise.

You’ve written essays about your experiences, and now you’ve published your diaries. If someone else were going to write the story of your life, who would you want it to be?

It never occurred to me that anyone would write my biography, mainly because my life is so small. I love to read about authors who brawled and slept around and knew a lot of famous people: Dorothy Parker, Phillip Roth, John Cheever, Jean Stafford, Robert Lowell. The only famous person I knew was Phyllis Diller, and I never have affairs or spats with other writers, so I’m afraid my biography would be pretty dull. Whoever writes it will have to do something to liven me up.

Are there published journals that you especially love or influenced you in putting together your own?

I love Alan Bennett’s diaries and Edmund Wilson’s. Mavis Gallant’s diaries are supposed to be coming out at some point. The New Yorker ran some excerpts, and I found them riveting.

Will you be touring for Carnival of Snackery? Anywhere you’re especially excited to be reading?

The book is coming out while I’m on a 72-city lecture tour, so I’ll be in theaters rather than bookstores. I love the Arlene Schnitzer Concert Hall in Portland, Oregon, because of the audience, and Benaroya Hall in Seattle because it’s so beautiful. I’m so grateful to be touring again that I’m looking as forward to Poughkeepsie as I am to Chicago.

Ann Patchett’s new essay collection, These Precious Days. I’ve loved the parts that have appeared in the New Yorker. She’s just the best.