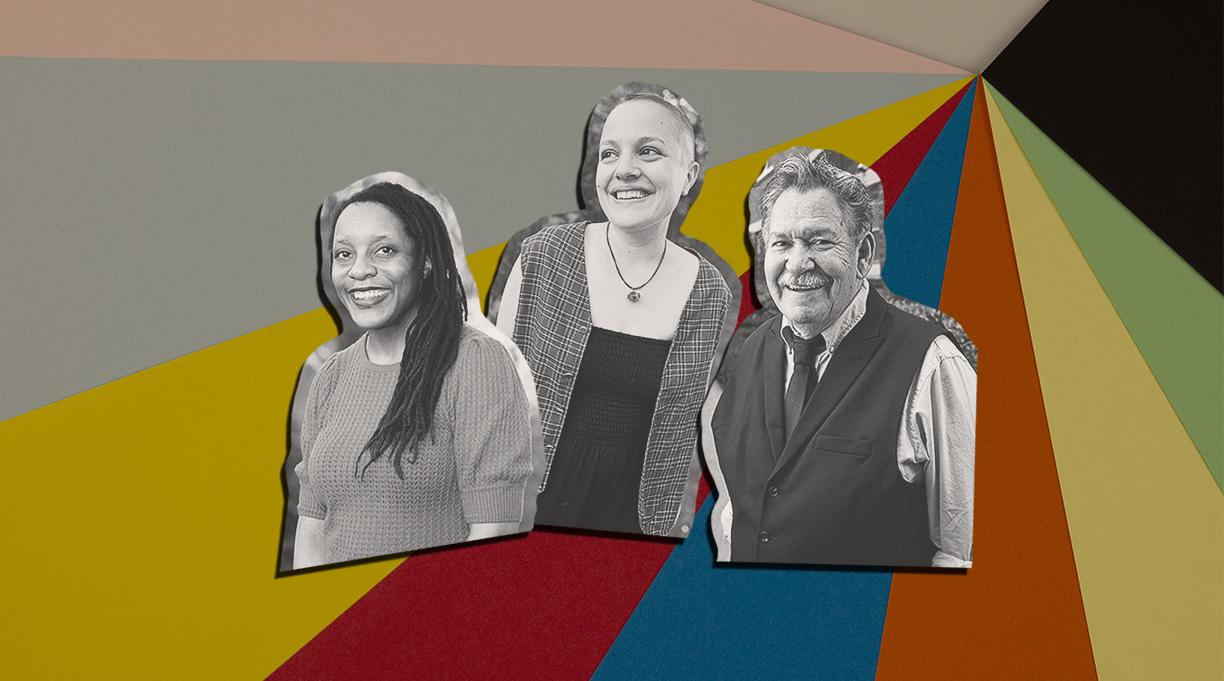 Teen readers have a lot to look forward to this fall. Young readers’ editor Laura Simeon has already highlighted 14 outstanding YA titles coming our way; here the authors of three fall releases answer our questions over email.

Black Birds in the Sky: The Story and Legacy of the 1921 Tulsa Race Massacre by Brandy Colbert (Balzer + Bray/HarperCollins, Oct. 5) is a monumental work of young adult nonfiction that situates and interprets these tragic events within a broad context.

Did you encounter many surprises during your research?

I wanted to examine not just the massacre, but events and circumstances in Oklahoma and the U.S. that led up to it. I was surprised particularly at how we can connect so many social issues from the 19th and 20th centuries directly to what’s happening today. One piece I couldn’t [include] because of time and space constraints was the story of Sarah Rector, an Oklahoman who was known as “the richest Black girl in America” by 11, due to the profits from an oil well on land she owned in the early 1900s. I would have been so interested as a kid to learn about [her], as well as so many of the stories that did make it into the book, and I hope that highlighting lesser-known events and people will intrigue readers to do deeper dives on these topics.

Were there any pandemic reads that you found especially compelling?

I’m a slow reader, but I always have several books in rotation. The ones that have stuck with me are The Vanishing Half by Brit Bennett, Such a Fun Age by Kiley Reid, The Secret Lives of Church Ladies by Deesha Philyaw, Luster by Raven Leilani, and The Black Kids by Christina Hammonds Reed. Each book is so different, but the stories all follow complex Black women and girls whose experiences are both familiar and fresh. As a storyteller I found them inspiring, and on a personal level it was comforting to see a broad range of new books by and about Black women being published when we were so isolated and in need of human connection.

Isabel Wilkerson. The Warmth of Other Suns is one of the most engaging books I’ve ever read—nonfiction at its very best. My family is from the South, and the care Wilkerson took in writing about the lives of Black Southerners was especially meaningful to me.

Benjamin Alire Sáenz is the award-winning author of Aristotle and Dante Discover the Secrets of the Universe (2012). Sáenz discussed the sequel to that book, Aristotle and Dante Dive into the Wa­ters of the Universe (Simon and Schuster Books for Young Readers, Oct. 12) which explores the development of Dante and Aristotle’s relationship in their senior year of high school and the poignant lessons they each learn from their families.

Cloud Cuckoo Land by Anthony Doerr. His writing is so beautiful. And he always writes about the things that matter with intent and with discipline.

What book do you absolutely love that is not as well-known as it deserves to be?

Nancy Werlin’s The Rules of Survival. Werlin’s work is hardly unknown, but I feel as if every book reader should spend some time with this wondrous novel.

Did any of your own relationships with your family inspire Aristotle’s close relationship with his parents and sisters?

I was born the middle child of seven children....[and] all of them taught me a great deal about giving and understanding others as well as understanding myself. They also taught me that I was not the center of the universe—not a bad thing to learn. Ari’s mother is patterned very much after my mother, who happened to be a Catholic Daughter [of America] and one of the loveliest people I have ever encountered. She is the woman who taught me how to be a man.

So much of the book is this wonderful, propulsive dialogue between the two protagonists. What would be your first tip to young writers trying their hand at dialogue?

Listen to the way you speak. Listen to the way those around you speak. Listen to the way people sound when they’re sad or broken. Listen to the rhythms of the people who are happy. Appreciate people’s sense of humor, however quirky. Listen, not only to what the people around you are saying, but what they are not saying. Listen and understand that we all hide underneath the words we use. And, most of all, look and study the faces of the people who surround you and see in their eyes what they have suffered silently. And under- stand the way you judge other people. Judging other people will never make you a good listener, and will prevent you from seeing their importance. There is no such thing as an unimportant person.

A master of queer and fantastical fiction, novelist A.R. Capetta brings their talents to Austin, Texas, where recently heartbroken Syd navigates love, breakups, and baking in The Heartbreak Bakery (Candlewick, Oct. 12). Kirkus deems the book a “sweet story” which “shows that relationships don’t follow a recipe.” They answered our questions via email.

Did you write The Heartbreak Bakery during the pandemic? How did that affect your writing routine?

[The book] was fully drafted when things started shutting down, so I was revising the novel and doing quite a bit of the recipe testing during the pandemic. My little family had several not-directly-Covid crises folded into that time. There was nothing like a routine, just getting through each day. It was hard to write, and I’m so glad this is the story thread I had to hold onto. At first it felt like escapism in a way that I worried about, but then I realized I was escaping toward all the things that still meant the most to me: queer love, community, magic, food. And it was my way of sharing good things, too—I couldn’t get together with friends, but I could do cupcake drops.

Two sequels I can’t wait for: Aristotle and Dante Dive Into the Waters of the World by Benjamin Alire Sáenz and The Scratch Daughters by Hannah Abigail Clarke. I’m also ridiculously excited for Ryka Aoki’s Light From Uncommon Stars and, looking ahead further, Ashley Woodfolk’s Nothing Burns as Bright as You.

What kind of reader are you: digital or physical books? Fiction or nonfiction? Do you typically have lots of books on the go at once?

I work so much on screens that a physical book feels like a treat, as much as dessert does. I read one fiction book at a time and two or three nonfiction books that I savor more slowly. I love cookbooks a lot, which should probably not surprise anyone, and when I was working as a baker, I also discovered food memoirs like Ruth Reichl’s, which were an early inspiration for The Heartbreak Bakery. But even a straight-up cookbook, if it’s good, I’ll read end to end. It’s like an essay collection you can eat.

How did you come up with the wild idea of the “breakup brownies” featured in The Heartbreak Bakery?

When other people eat the brownies that Syd (teen baker and agender cupcake) whips up in the wake of being dumped—they all break up. The way I envisioned the baking magic in this story, each recipe is sort of like a message from Syd. The message isn’t that everyone should dump someone, of course, but it’s this horrible sense that love hasn’t worked out, and now Syd’s feeling wrecked. When I’m scraping the bottom of my own feelings, I make brownies. One bowl to throw everything in, the darkest possible chocolate, and a big spoon covered in batter? It just feels right.