Weathering the Backlash, With Eyes on the Prize 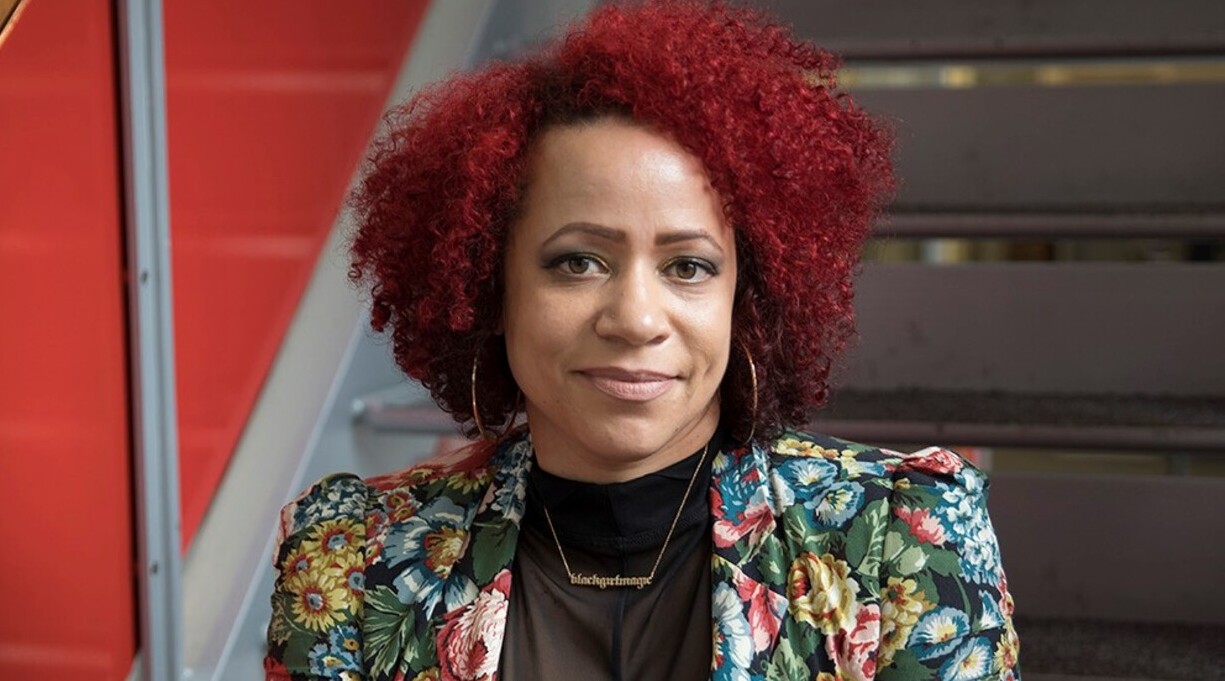 Forty-five years ago in Iowa, Milton and Cheryl Hannah welcomed the second of their three daughters. The sisters grew up to attend Waterloo West High School, where Nikole wrote for the newspaper. She graduated from the University of Notre Dame and the University of North Carolina, then ascended the ranks of journalism, starting with the Raleigh News and Observer. By 2015, she was an investigative reporter for the New York Times.

In less than five years, Nikole Hannah-Jones (her married name) led the 1619 Project, an anthology marking four centuries of repercussions since the first Africans, 20 to 30 people, arrived in the British colony of Virginia and were sold into bondage. Hannah-Jones won a Pulitzer Prize for the project’s introductory essay.

The Times published the 1619 Project in August 2019; the lynching of George Floyd the following May amplified its reach during a global racial reckoning. Its influence also fueled what Chris Jackson, the publisher of the new book version, calls “a fierce backlash and a vicious propaganda campaign.”

Four months after Floyd’s murder, then-President Donald Trump called the 1619 Project the premier example of a narrative that “warped, distorted, and defiled the American story.” He announced a 1776 Commission to combat it. Hannah-Jones has joked that the blowback required more than a little good bourbon.

By the time Trump attacked, the expanded book version, The 1619 Project: A New Origin Story (One World/Random House, Nov. 16), was well underway. It weaves 19 essays exploring the legacy of slavery in contemporary America with 36 poems and short bursts of fiction. Each essay begins with a full-page photograph of an everyday African American. The first shows a soldier in Germany in the 1960s standing beside his jeep. He is Milton Hannah.

His daughter took questions over Zoom, an interview that coincided with Hannah-Jones’ first day in her new office at Howard University, where she teaches at the Center for Journalism and Democracy. The conversation has been edited for length and clarity.

When Margot Lee Shetterly wrote Hidden Figures, she memorably said that “to tell a true story, we must tell a complete story.” Is the 1619 Project working that vein?

That is the goal to me. It’s not arguing that this is the only rendering of history, that this provides all the understanding you need. But it is directly challenging the narrative of this country that most of us receive, certainly challenging the narrative of American exceptionalism. Your understanding is shaped by what you know, but also by what you don’t know.

Wesley Morris ends his unforgettable music essay, “If freedom is ringing, who on earth wouldn’t want to rock that bell?” Talk about his contribution and your disclosure that you two wept together when the newspaper project went to press.

There is no writer in America like Wesley Morris. His mind is just brilliant. He thinks about culture in a way I never could. I always thought culture writing was frivolous. But I always knew there would be a music essay in this book, and he was able to find the angle to make you think about the Black music in an entirely new way.

This work was the most emotionally taxing work I have done—trying to get it right, being completely immersed in the horrors. Wesley and I were always talking about it, trying to process it—conversations you can only have with another Black writer. All of us were afraid we wouldn’t live up to the task. But we saw it laid out, and it was so clear. And the pain of it was there, too. He and I sobbed together—and I never cry in newsrooms.

Ibram X. Kendi’s essay suggests that our ideal of racial progress “does more than conceal and obfuscate; it actually undermines the efforts to achieve and maintain equality.” And he gives the stinging example of Chief Justice John Roberts’ unwinding voting rights protections in 2013 because, in Roberts’ words, “things have changed dramatically.”

We are constantly battling this idea that things aren’t as bad as they used to be. It’s very seductive, but it allows us to accept a great deal of inequality in the present. The worst thing for me is for people to come through this book and say, “How terrible things were back then.” Not having slavery, or not having Jim Crow, is not justice. We are clearly in a moment of backlash, and we are dangerously close to backtracking right now.

Is the momentum from Black Lives Matter dissipating?

Absolutely, dissipating. Because of the work I do, so much reading and writing and thinking about the past, I don’t tend to be a hopeful person; it is not personally useful to me. But I couldn’t help but think something did feel different because of last year. It is hard to see now how little has changed. It’s hard to see how few companies and institutions are speaking up now. The federal policing reform bill is dead. The polling of White support for the movement, Whites who see structural inequality as a major limit to Black Americans, those numbers have just plummeted.

The backlash to the 1619 Project, the passing of bills to prevent teaching it, is a reaction to the movement last year. This backlash is arguing that this project just wants you to feel bad as a White person. That’s not the point, but that is politically useful to the right. Race is useful to divide the country.

What advice do you have for citizens caught up in this struggle?

Folks are going to have to become much more organized. The opposition is extremely organized. They are organizing bills and creating apps for parents to report teachers. This is an extremely frightening time. You don’t have to agree with the 1619 Project, but you should be opposed to it being prohibited. School boards are political entities. And we are seeing it already: teachers losing jobs, principals are losing jobs, for what is really hysteria.

Is there a solidarity among the book’s contributors that parallels the friendship in Joshua Bennett’s beautiful poem “The Panther Is a Virtual Animal”?

God, I hope so; the chorus of voices in this book connects us. And we will always be connected because of this book. It’s also a beautifully designed book. The poetry and fiction allow you to take your breath, to pause. The photos that open each chapter are of regular folk. Only two feature someone in the essay. Every time I read a chapter, I sit with the image and take in the humanity. Because everything we talk about happened to real humans who love and hurt and aspire.

If you could give Abraham Lincoln one chapter, what would it be?

[Historian] Martha Jones on citizenship. Because Lincoln obviously did not live long enough to see the Constitution become the Constitution that reflects our founding ideals. I am enamored now, in my head, [with the idea of] him reading what came to fruition after he died. And to sit and acknowledge the role Black people played in turning our Constitution into a liberatory document.

If you could give Joe Biden one chapter, what would it be?

The chapter on reparations—"Justice.” Joe Biden is a current president and in a position to actually do something about the legacy. “Justice” for sure.

Your dedication is to “the more than 30 million descendants of American slavery” and not to the ancestors. Talk about that.

I am agnostic; I am not a faithful person. But for the closing essay, I had writer’s block, and I was panicked. And the line just came—“They say our people were born on the water”—and I just started writing. The ancestors delivered that line to me—I felt that so much. And I felt the power of that number. To know that this horrific, barbaric atrocity gave birth to 30 million people in this country right now. To me, that is a tribute to the ancestors, that their suffering and struggle produced those of us who are here. This book is dedicated to the descendants, who know how hard it is to feel that you have no true origin story, such a difficult relationship with the only country that we have ever known. I am so grateful to just have a testament to them as a people; that’s what I heard out on the road, over and over, talking with Black people about the 1619 Project. This is ultimately what we did this project for—for us, so that we can hold our heads up. We are our ancestors’ greatest testament.

Karen R. Long is the manager of the Anisfield-Wolf Book Awards and former book editor of the Cleveland Plain Dealer.