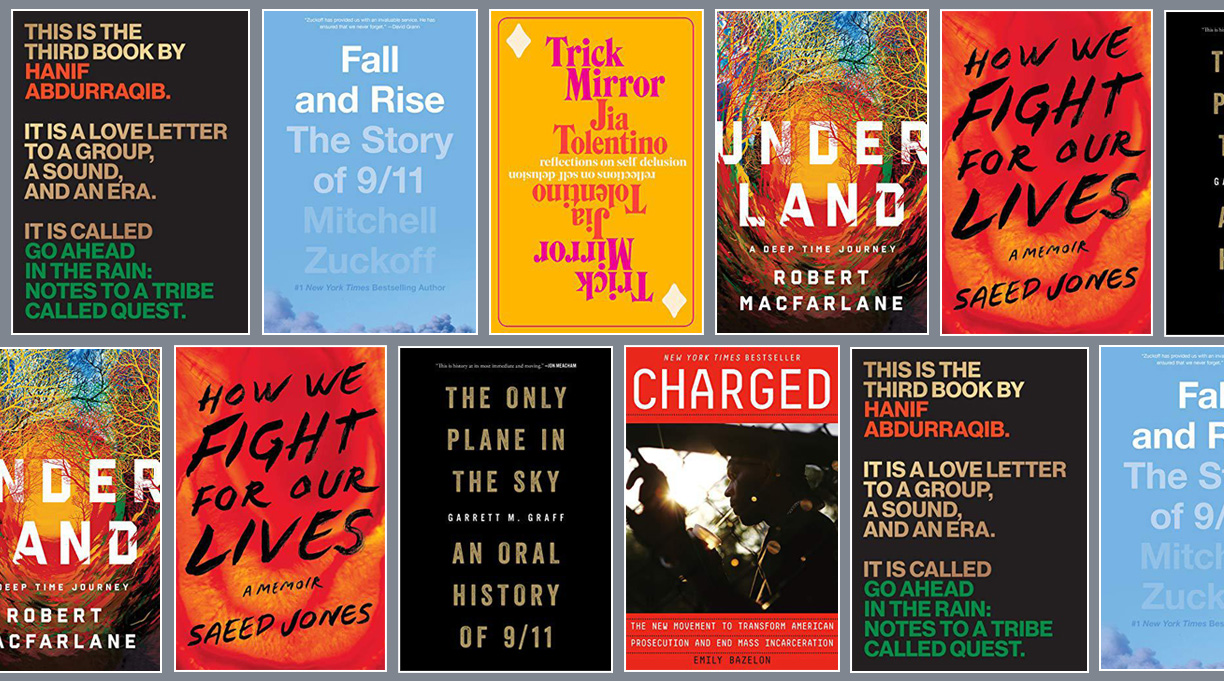 In this issue, you will find our reviews of the 100 best nonfiction books of the year. That may sound like a lot of books, but consider that we reviewed more than 1,500 nonfiction books this year. Granted, given our reputation for tough, honest reviews, many of those books didn’t fare so well, but we did award stars to more than 300 books—and designated nearly 300 more as “recommended.”

But this issue is about the best of the best, and just as in previous years, I have worked with my reviewers to curate a list of the most outstanding books of the year that also reflects diversity across author, subject, and publisher. In that vein, I’d like to offer my personal favorites in a selection of subjects/genres, in no particular order or rank.

Memoir: How We Fight for Our Lives by Saeed Jones (Simon Schuster, Oct. 8). The winner of the 2019 Kirkus Prize was the standout memoir of the year. As our reviewer notes about the acclaimed poet, Jones “tends less toward flights of poetic fancy and more toward understated, matter-of-fact prose, all the more powerful because the style never distracts from the weight of the story: the sexual awakening and struggle for identity of a young black man raised in Texas by a single mother, a Buddhist, who herself was the daughter of an evangelical Christian….A memoir of coming to terms that’s written with masterful control of both style and material.”

Music Criticism: Go Ahead in the Rain by Hanif Abdurraqib (Univ. of Texas, Feb. 1). A finalist for the Kirkus Prize, the poet and critic’s latest is an incisive examination of the music—and attendant cultural elements—of A Tribe Called Quest. Our reviewer writes, “even those who know little about the music will learn much of significance here, perhaps learning how to love it in the process.”

Historical Remembrance/Reportage: The Only Plane in the Sky by Garret M. Graff (Avid Reader Press, Sept. 10) and Fall and Rise by Mitchell Zuckoff (Harper, April 30). For anyone seeking a well-rounded, comprehensive, and moving portrait of 9/11, these two books are essential—and unlikely to be surpassed. While Zuckoff’s book is a “meticulously delineated, detailed, graphic history of the events of 9/11 in New York City, at the Pentagon, and in Pennsylvania,” Graff presents an exemplary oral history packed with “wrenching, highly personal accounts of 9/11 and its aftermath.”

Essay Collection: Trick Mirror by Jia Tolentino (Random House, April 6). The highly promising debut from the 30-year-old New Yorker staff writer is, as our reviewer writes, a series of “exhilarating, groundbreaking essays that should establish Tolentino as a key voice of her generation.” In consistently engaging pieces that cover the internet, social media, and many other elements of popular culture, the author “brings fresh perspective to current movements in a manner similar to that of Joan Didion in the 1960s and ’70s.”

Nature/Adventure Writing: Underland by David Macfarlane (Norton, June 4). Few chroniclers of the natural world write with the grace and poetry of Macfarlane. “Wherever he travels,” writes our reviewer, “he enhances our sense of wonder‚ which, after all, is the whole point of storytelling.” After the excellent Landmarks, he follows with this “exploration of the little-visited realms of the Earth, from deep caves to bunkers, trenches to Bronze Age burial chambers, courtesy of an accomplished Virgil.”