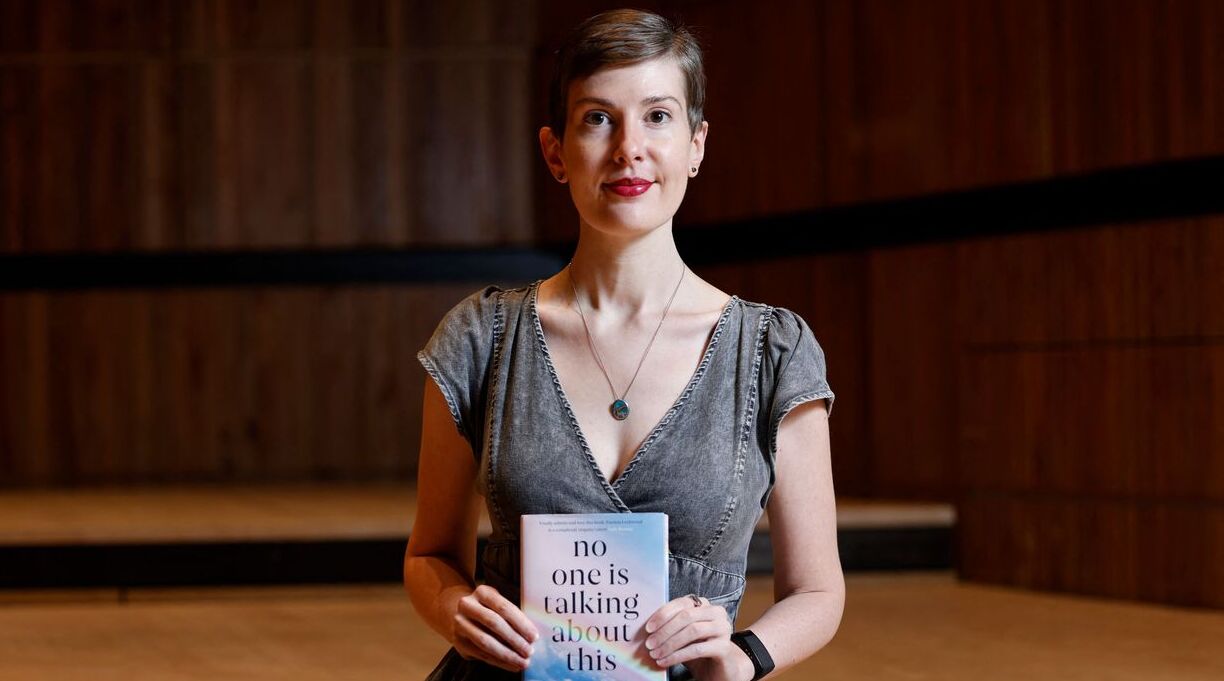 Patricia Lockwood has won the Swansea University Dylan Thomas Prize, given annually to an English-language work by an author aged 39 or under, for her novel No One Is Talking About This.

Lockwood was named the winner at a ceremony in Swansea, Wales, on Thursday. Although she had planned to attend the event, traveling from the U.S. to the U.K., she couldn’t make it due to illness.

“I’m sitting here in my London hotel room on codeine, and I’m over the moon—actually, a little more codeine and I could probably convince myself that Dylan Thomas [was] here with me,” she said.

Lockwood’s novel, about a social media influencer whose life is thrown into disarray after a family tragedy, was previously shortlisted for the Booker Prize and the Women’s Prize for Fiction. In a starred review, a critic for Kirkus called it “an insightful—frequently funny, often devastating—meditation on human existence online and off.”

Namita Gokhale, the chair of judges for the prize, praised Lockwood’s novel as “a searingly witty and innovative take on modern day internet culture, and the experience of family trauma in the modern world.”

“Lockwood is an astonishing and wholly original new voice,” Gokhale said. “We cannot wait to see what comes next from this uncompromising talent.”

The Dylan Thomas Prize was established in 2006. Previous winners have included Claire Vaye Watkins for Battleborn, Bryan Washington for Lot, and Raven Leilani for Luster.