Questing with a Poet & Music Critic 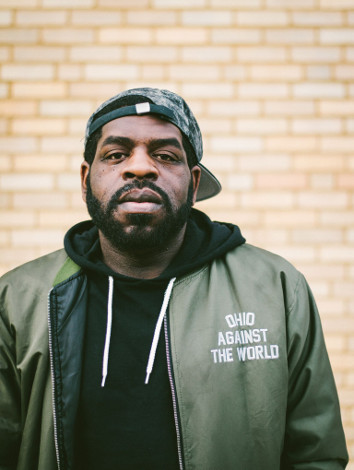 Let me start by saying that hip-hop is not my favorite musical genre. However, I do enjoy a selection of (mostly old-school) tracks and albums, and I’m endlessly fascinated by—and have great respect for—the culture that both underlies its history and drives it forward. One group I find myself returning to over the years is A Tribe Called Quest, one of the most acclaimed hip-hop collectives in the genre’s history.

In his latest book, Go Ahead in the Rain: Notes to A Tribe Called Quest, poet and essayist Hanif Abdurraqib vastly deepens my appreciation for the Tribe as well as the culture and influences that surrounded their creative process, particularly regarding their classic trio of albums that launched them into the public consciousness: “People's Instinctive Travels and the Paths of Rhythm,” “The Low End Theory,” and “Midnight Marauders.”

Much as he did in his excellent previous collection of criticism, They Can’t Kill Us Until They Kill Us (2017), Abdurraqib demonstrates his masterful ability to read between the lines. In the case of Tribe, the author brilliantly excavates the motivations and desires that led to the singular collaborations between Q-Tip, Phife Dawg, and Ali Shaheed Muhammad. He’s particularly strong on one of the elements that drew me to the group in the first place: their inventive use of sampling, particularly from the jazz, soul, and funk artists they so revered. Furthermore, notes our reviewer, “the author chronicles the progression of rap and how the way that Dr. Dre challenged Q-Tip was similar to the way that the Beatles pushed Brian Wilson, as well as how the East-West synergy later turned vicious and dangerous.”

In his slim yet potent book, Abdurraqib consistently displays impressive critical chops, and, as our reviewer writes, “even those who know little about the music will learn much of significance here, perhaps learning how to love it in the process.” Eric Liebetrau is the nonfiction and managing editor.