Rooms With Views (and Other Literary Homages) 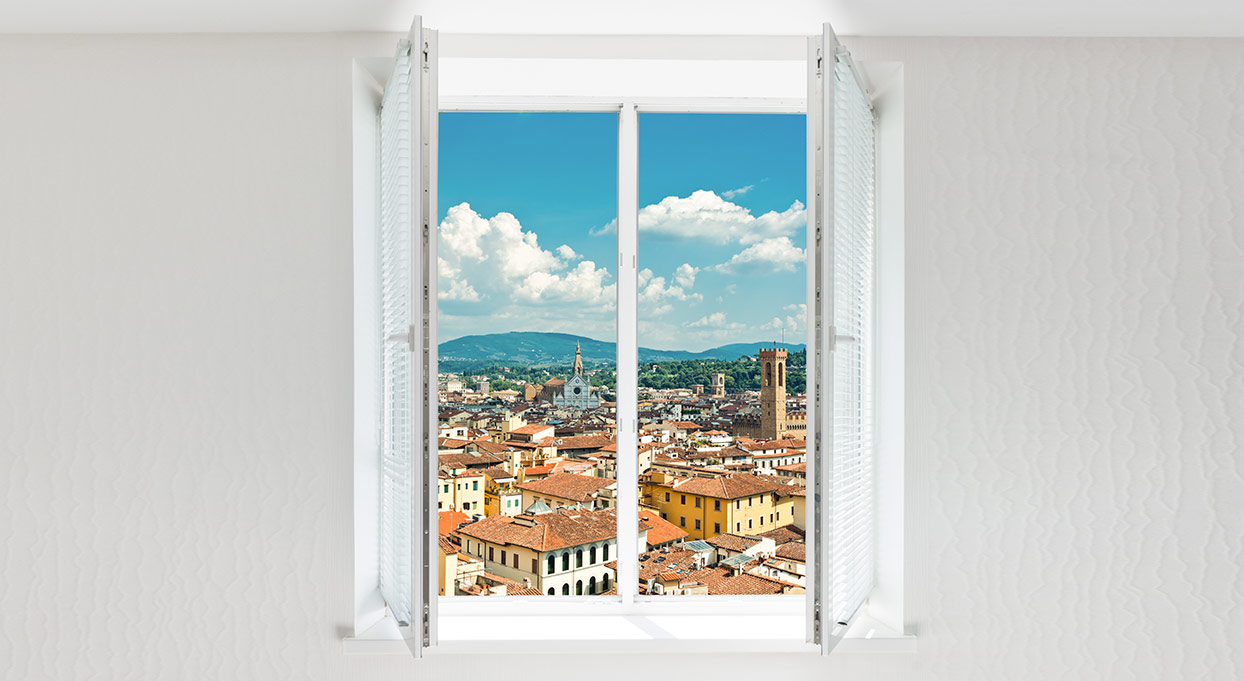 I read my first “beach read” of 2020 well before anyone was venturing to a beach, sitting squarely on my living room couch, sand and surf nowhere to be seen. I was scheduled to interview Kevin Kwan, author of the Crazy Rich Asians trilogy, about his new novel, Sex and Vanity (Doubleday, June 30), and I settled in for a frothy tale set on Capri and in the Hamptons, traditional playgrounds of the rich and famous.

As I read, my English major’s antennae began to buzz. Our young protagonist, Lucie, is on a trip to Italy with her older cousin, Charlotte, and they are quite dismayed by the accommodations when they arrive at their hotel on Capri. “We specifically reserved rooms with ocean views, and now they are telling us we can’t have them because some other guests extended their stay? What a sham!” complains Charlotte.

If you’ve read E.M. Forster’s A Room With a View—or seen the 1985 Merchant Ivory film adaptation—you know what happens next. Another hotel guest—here a flamboyant Hong Kong matron, traveling with her handsome, inscrutable son—offers to exchange rooms with Lucie and Charlotte. Kwan’s novel, masquerading as a beach book, is in fact an homage to a literary classic—swapping Florence for Capri but smuggling in a contemporary update of the original’s social commentary. It all works beautifully, on a few levels.

The English major in me was delighted to encounter my beloved old E.M. Forster got up in new garb. Forster was also the inspiration behind one of my favorite 21st-century novels, On Beauty (2005), Zadie Smith’s sly riff on Howard’s End. Here, two academic families, the Kipps and the Belseys, separated by the Atlantic Ocean and a political gap nearly as wide, find themselves nevertheless intertwined. Where Forster explored gradations of class in Edwardian England, Smith puts our multicultural world under the microscope. Kirkus’ reviewer wrote, “As Smith details the generation-spanning interactions of various minorities within a predominantly White, liberal community, she finds shades of meaning in shades of skin tone, probing the prickly issues of affirmative action, race relations, and cultural imperialism while skewering the political correctness that masks emotional honesty.”

Of course the classic English author who inspires an entire cottage industry of literary homages is Jane Austen. Sonali Dev, who concocted an Austen reboot set in the Indian diaspora with last year’s Pride, Prejudice, and Other Flavors (2019), is back this summer with Recipe for Persuasion (Morrow/HarperCollins, May 26). Dev recasts Austen’s last novel with an Indian American chef in Palo Alto, California, who reluctantly joins the cast of a TV cooking show—she needs the money to save her restaurant—only to find herself partnered with her high school boyfriend, now an international soccer star. Our reviewer called the novel an “endearing romance that sensitively depicts the poignancy of loss and reconciliation.”

Pride and Prejudice alone has launched a thousand retellings—among them Eligible, Curtis Sittenfeld’s clever 2016 update set in Cincinnati, Ohio; Jo Baker’s Longbourn (2013), which foregrounds the Bennet family servants; and Mary B, in which Katherine J. Chen hands the mic to Lizzy and Jane’s shy, overlooked younger sister Mary. And who could forget Pride and Prejudice and Zombies? (Whether Seth Grahame-Smith’s 2009 novel was an homage or a desecration is still open to debate.)

Likewise, Charlotte Brontë’s Jane Eyre makes for dependable source material: Margot Livesey’s The Flight of Gemma Hardy (2012) moves the story of a governess and her tortured, romantic employer to Scotland in the 1950s and ’60s; Patricia Park’s Re: Jane (2015) puts a Korean American/Queens/Brooklyn spin on the story; Lindsay Faye’s Jane Steele (2016) adds murder to the mix.

There are many, many more in this vein. This summer, if you pick up one of these contemporary literary homages, I suggest you do what I did after finishing Sex and Vanity: Go back and read the original inspiration. Kwan’s delightful novel—and Forster’s small masterpiece—have been two highlights of my reading this year.