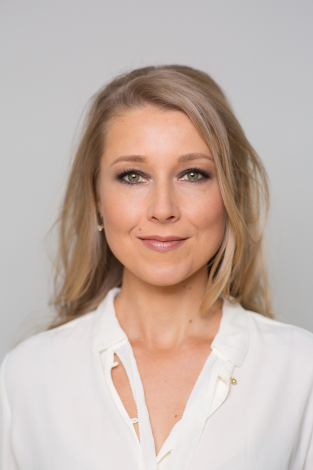 “Class is an illusion with real consequences,” Sarah Smarsh writes toward the end of her debut memoir, Heartland. She knows what she’s talking about, having grown up poor in rural Kansas—a society where everyone seems to work on the farm in one way or another and women are often mothers before they’ve exited their teenage years. This second fact so haunts Smarsh that she often addresses her book to somebody who does not exist: the daughter she intentionally avoided conceiving as a young woman in poverty.

Smarsh did something rare in her family: She went to college, became a journalist, and now has turned her experience toward an examination of where she’s from and what it means. Yet by the end of the book, it’s clear how much of her upbringing still lives inside of her, how much she has become a citizen of two worlds: the rural world and the “educated” world.

Before she began writing Heartland in earnest (a 15-year project), Smarsh interviewed members of her family beginning with Betty, her grandmother—and, in many ways, the book’s hero. “She had survived a harrowing life as a poor young mother in the 1960s and ’70s,” Smarsh says. “We’re not a family that talks about the past, but when I asked questions to piece together the story, she lit a cigarette and answered directly.”

Betty’s arc—having kids and grandkids early, living in rural America, eventually landing in careers adjacent to law enforcement—is, in some ways, the book’s most compelling narrative line. Her toughness serves as Heartland’s backbone. But Smarsh is always careful to tie the human element she writes about to something larger, writing of Betty early on that, “like most poor people I know whose lives appear riddled with failure, Betty saw it as her own fault.”

“My family doesn’t go to therapy,” she adds. “For economic and cultural reasons, there’s not much pausing to reflect. Your labor influences your psyche into a mode of constant function.” Yes, in speaking to her family, she did try to dig deep, but “it oftentimes felt like the first time that somebody had asked them questions. The first time someone had validated their experience.”

In a sense, the very existence of this book—and the willing participation of her family members—does as much to rupture our stereotypes of the poor as anything contained therein.

One may expect Smarsh’s family, none of whom attended college, to be suspicious of her education. But this was not the case. “My family was fairly ambivalent about the idea of college,” Smarsh says, “neither pushing me toward it nor discouraging it. They just knew it was an experience they didn’t get to have, and they didn’t claim to know anything about it.”

The immersion of Smarsh’s upbringing helps her to avoid clichés, but her journalism is also key. “What I’m often doing is trying to shine a light on people forgotten and pushing back against the clichéd notion of the scapegoating of poor, rural whites,” she says.

“When I started thinking a lot about the book at age 19 or 20,” Smarsh adds, “I wanted to tell their story just to bear witness to a place that was invisible or caricatured in popular culture. Then, over the years as a journalist, I developed an understanding of class, politics, and public policy that enabled me to put a finer point on something I sensed in a more amorphous way as a kid.” In this way, she sees her family as a microcosm of a particularly American crisis.

Of course, Smarsh demurs when it comes to notions of grandiosity. “They just happened to be my family,” she says. Maybe it’s something about her upbringing. She can’t help but downplay it, just a little, ever the young woman on the farm.

Benjamin Rybeck is the author of a novel, The Sadness, and general manager of Brazos Bookstore in Houston.