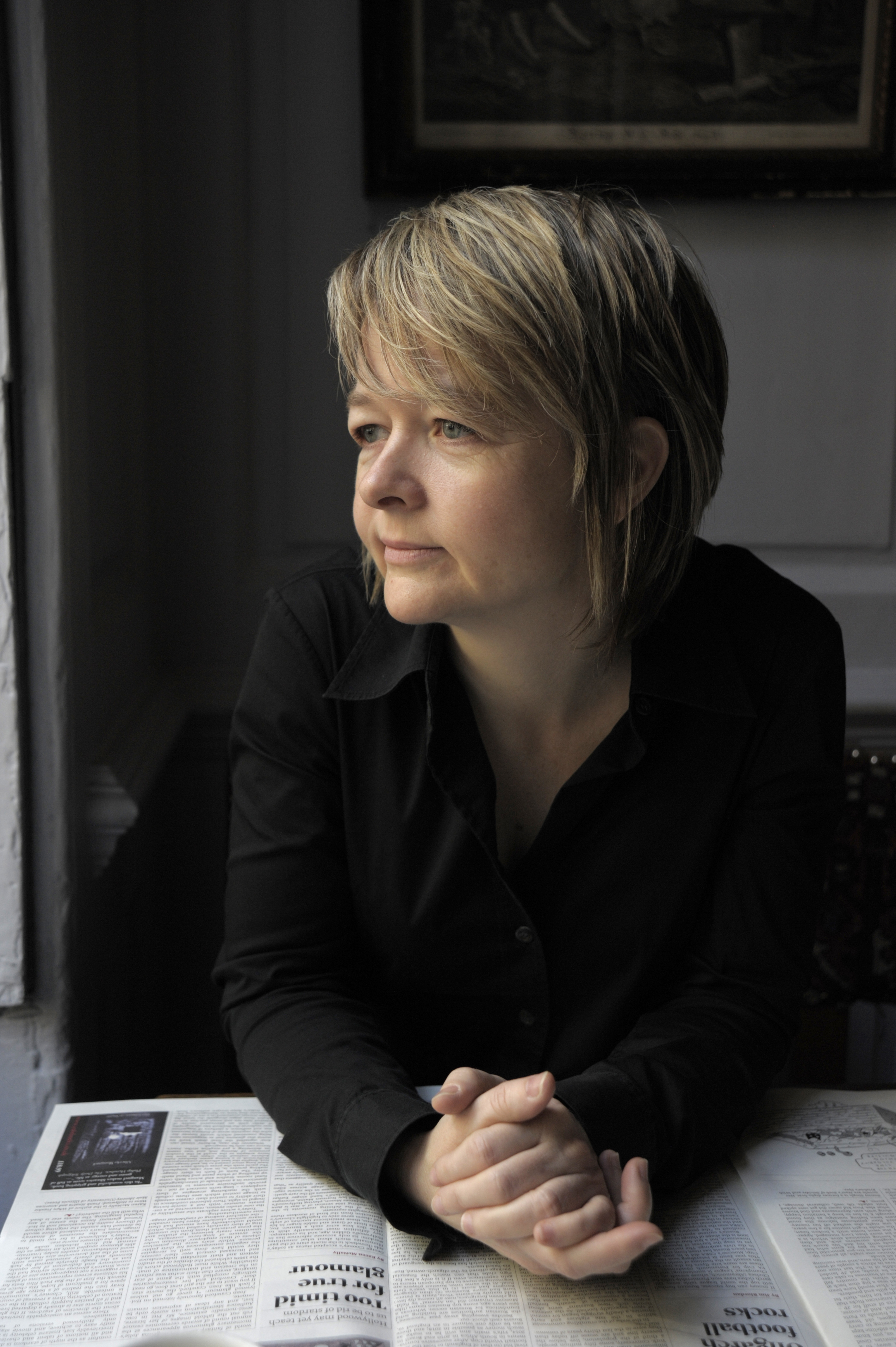 Sarah Waters used a Law Order approach for her latest novel; it’s just that she ripped the headlines from events that occurred shortly after World War I.

“I went to the 1920s wanting to find out more about it,” says Waters. “I read the Times and the Manchester Guardian, and I found real-life murder cases. That really interested me. That shaped the book very much. With that, I already had the beginning of a story.”

The Paying Guests—a delectably written consideration of class and sexuality—takes place in a London still reeling from the first world war . Many former soldiers are unemployed, and the atmosphere feels both foreboding and newly permissive. Frances Wray, a likable upper-middle-class woman, takes care of her mum, and their bills are amassing. The women must take in lodgers—enter Lilian and Leonard Barber—and calling them the paying guests makes the arrangement feel less desperate. When Frances and Lilian begin a lusty affair, their romance becomes an unnerving force that leads to violence and floods this crime novel with tension and moral questions.

For what, Frances had asked herself, had she and Lilian done? They had allowed this passion into the house: she saw it for the first time as something unruly, something almost with a life of its own. It might have been a fugitive that the two of them had smuggled in by night, then hidden away in the attic or in the spaces behind the walls.

Like the lead of her first novel, Tipping the Velvet, Waters, 48, once lived in the seaside town of Whistable, England. Now the award-winning Welsh author—she’s been shortlisted for both the Man Booker and Orange prizes several times and named one of Granta’s best young British novelists—lives in London. Her body of work ranges through the past couple of centuries and all over England—a Victorian prison for women, an oyster house, a pornographer’s mansion, bombed-out London, a haunted house.

Threading through it all are “two strands of influence,” says Waters. “My starting point was definitely that mix of excitements I felt in my 20s, for lesbian and gay fiction on the one hand and historical novels on the other.”

Waters credits the genius of Jeanette Winterson, “who seemed to come from nowhere,” and Alan Hollinghurst for her LGBT inspiration, and the “ambitious, postmodern novels” of Graham Swift, A.S. Byatt, Peter Ackroyd and Peter Carey for grounding her career-long interest in historical fiction. “I appreciate how playful they are about reinventing the past,” she says.

As a former academic, Waters likes the research phase of writing. For The Paying Guests,that meant learning about blood spatter. She turned to pal crime-writer Val McDermid, who sent her to Sue Black, a professor of anatomy and forensic anthropology in Scotland. “Basically, I told Sue what I wanted, i.e., [someone] to be killed more or less instantly by a blow to the head by a blunt instrument, and asked her if the way I had described it was correct,” says Waters. “It wasn’t, quite. I’d really wanted it to be bloodless, but that wasn’t possible—so I had to add in the blood.”

Waters was also curious about English home life in the ’20s. The novel includes details of maintaining a household (scalding milk in the summer to keep it from souring) from books published in the ’20s and ’30s; many were bought on eBay: Enquire Inside, Everywoman’s Problems Solved Inside and Cookery for Invalids.

In fact, the incessantly scrubbing Frances mortifies her mother, who (like the BBC’s Hyacinth Bucket) is bent on keeping up appearances. Salt-of-the-earth Frances grows tired of the reactions of her mother’s friends, “all of whom had got themselves through the worst war in human history yet seemed unable for some reason to cope with the sight of a well-bred woman doing the work of a char.” The line typifies Waters’ encapsulating wit.

While the novel is set during the Jazz Age, it’s no late-season Downton Abbey. A typical outing for Frances isn’t a gin-soaked hootenannybut an economical trip to the Tate Gallery cafe, where “it was possible to order a pot of tea, then sneak out a home-made bun to have with it.” Waters says,

“Certainly our stereotypes about the ’20s are that it was about dancing, very glamorous. But people in the ’20s were still poor.”

It was an interesting, shifting time for the lower and middle classes. “There were still lots of restrictions, but things were starting to change, especially in terms of sexual freedom,” says Waters. “If Frances wasn’t tied to her mother, she would have had resources to be fairly adventurous.”

Frances, however, does OK on the sexually adventurous front.In an early scene, she muses on Lilian in the bath: “The only thing between herself and a naked Mrs. Barber was a few feet of kitchen and a thin scullery door. An image sprang to mind: that round flesh, crimsoning in the heat.”

The author is allowing herself “a bit of a fallow time” while she’s on tour in the U.K. and U.S., and she’s working on her first play. “It’s spooky and theatrical,” she says. “It’s been about finding another way to create a story in a sort of 3-D way, rather than the 2-D way I'm used to. It’s been good for me…to see that there are other ways of doing things. It’s been a real lark.”

Karen Schechner is the senior Indie editor at Kirkus Reviews.