‘Shadow and Bone’ Brings New Fans Into the Fold 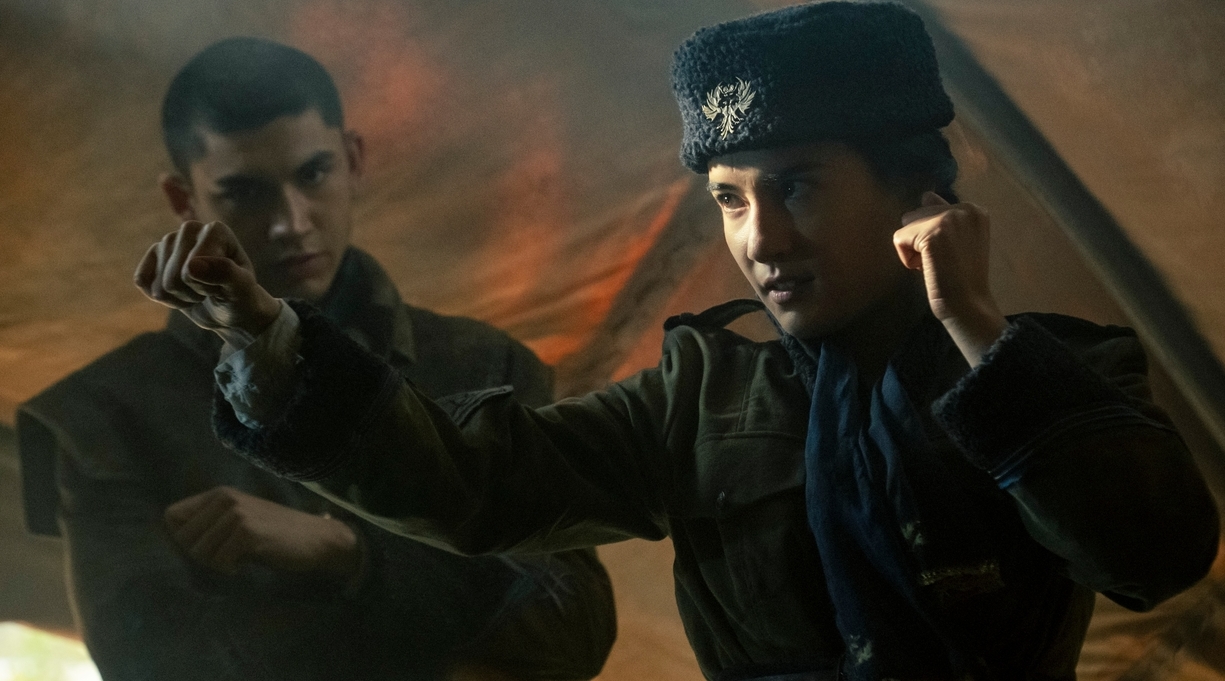 The first season of Shadow and Bone, the new adaptation of Leigh Bardugo’s bestselling Grishaverse novels, is full of elements that will be familiar to even casual fans of the YA fantasy genre. Its central character is an unassuming young woman who, much to her surprise, has powers that could save her world from evil (à la Harry Potter). It features lots of other superpowered beings who can manipulate water, fire, or air. They all live in a fantastic setting that strongly resembles Earth of the past (as in the Nickelodeon animated series Avatar: The Last Airbender and The Legend of Korra). Nonetheless, the new show never feels like a retread. Instead, it mixes old tropes with offbeat details, as well as new material, to keep things fresh. The Netflix series premieres on April 23.

Bardugo’s book series is truly impressive in its scope. It began with 2012’s Shadow and Bone, which kicked off a trilogy set in the fascinating Imperial Russia–like land of Ravka; it was followed by a Kirkus-starred duology—Six of Crows and Crooked Kingdom—that focuses on new characters in Amsterdam-like Ketterdam. (Other regions include the Scandinavia-like Fjerda and the China-like Shu Han.) A third duology—King of Scars and Rule of Wolves—centers on members of Ravka’s royal family, and supplemental volumes tackle in-universe fairytales (The Language of Thorns) and folklore (The Lives of Saints).

It’s a vast, deep, and engaging world—so it’s fortunate that the Netflix series keeps things relatively simple by concentrating mainly on the first volume, which clearly lays out the complex groundwork. Its protagonist is Alina Starkov, a teenage mapmaker for the First Army of the Ravka military, which is in a constant state of war with other countries. Its soldiers have no supernatural abilities, but Ravka’s Second Army is made up of people known as Grisha, who specialize in manipulating elements, objects, or even the human body in amazing ways. (Heartrenders, for instance, can seize control of other people’s internal organs.) Ravka’s most notable feature is the Shadow Fold, a vast region of inky blackness filled with monsters known as volcra; it was created centuries ago by a Grisha known as the Black Heretic—a Shadow Summoner who can control darkness itself.

The Fold has separated large regions of the country, and crossing it is incredibly treacherous. Indeed, the first time Alina makes the voyage, her company is brutally attacked by volcra; she instinctively uses her previously unknown light-wielding powers to rescue her longtime crush, fellow soldier Mal Oretsev. It turns out that she’s a rare Sun Summoner, able to manipulate light; if she becomes powerful enough, she could possibly destroy the Fold once and for all. This attracts the attention of the Darkling, a powerful Shadow Summoner who tells Alina that his distant ancestor created the Fold and that he wants, more than anything, to destroy it. As she comes to terms with her powers and her destiny, she uncovers a secret, sinister plot.

The Netflix series, created by Oscar-nominated Arrival screenwriter Eric Heisserer, keeps up a brisk pace and is incredibly faithful to Bardugo’s text, right down to individual lines of dialogue. Still, there are a few changes. Alina and Mal, played by relative newcomers Jessie Mei Li and Archie Renaux, seem a bit older than their teenage counterparts in the novels, as does the Darkling, who’s supposed to look like he’s around Alina’s age; he’s played by 39-year-old Ben Barnes, formerly of HBO’s Westworld. Also, the show’s Alina is biracial, and she frequently encounters bigotry from fellow Ravkans due to her Shu heritage; this is new to the show and makes for a compelling, recurring theme.

The show’s biggest addition, though, are secondary plots that only very rarely intersect with the main one. They feature the main characters from Six of Crows and Crooked Kingdom—again, aged up a bit from the text’s teens. They include criminal mastermind Kaz Brekker, knife-wielding acrobat Inej Ghafa, and sharpshooter Jesper Fahey, who undertake a dangerous but potentially lucrative mission that involves traversing the Fold; and Heartrender Nina Zenik and Fjerdan soldier Matthias Helvar, whose relationship develops as they face great hardships together. It’s a brilliant way to introduce these entertaining players to uninitiated viewers and simultaneously provide a fun prequel for longtime Grishaverse fans. Without these characters, the show would still be a diverting watch—the set and costume design, as well as the visual effects, are often stunning—but the characters’ inclusion gives the production a spark that it might otherwise lack.

Indeed, Danielle Galligan as the tough-as-nails Grisha Nina and Amita Suman as spiritual spy Inej give the best performances of the series. They’ll not only keep viewers watching to the end of this season but make them look forward to a second, which apparently will adapt Six of Crows. Viewers will have plenty of reading material while they wait—and Bardugo’s latest Grishaverse book, Rule of Wolves, just came out a few weeks ago.