Silvia Moreno-Garcia Reveals Her Noir Side 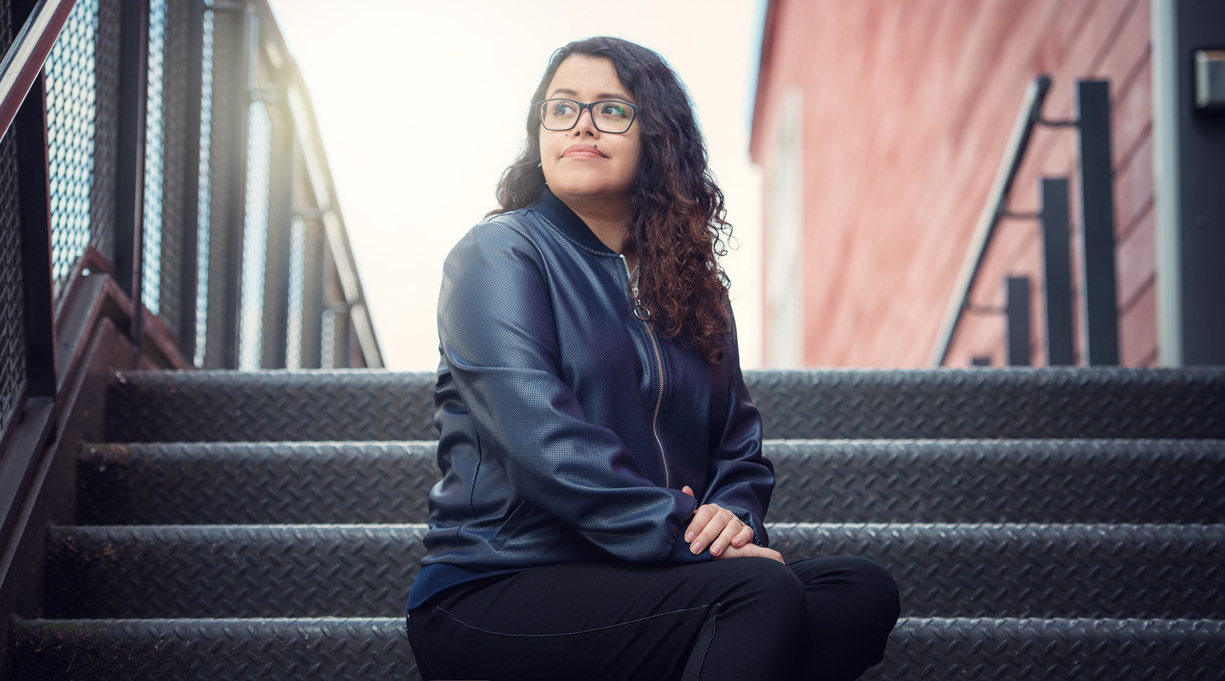 Let’s face it: 2020 was a bizarre year for all of us. But it was especially weird for novelist Silvia Moreno-Garcia, whose horror novel Mexican Gothic became a surprise bestseller shortly after its June release. While publisher Del Rey rushed to print more books—the novel’s initial print run was 12,000 copies—Moreno-Garcia upgraded her computer and tried to get used to talking over Zoom.

“We didn’t even know we were going to sell 100 books,” Moreno-Garcia recalls in a conversation over Zoom from her home in Vancouver, Canada. “But once the initial run sold before it was published…everybody sort of realized, ‘OK, this is going to be a lot bigger than we thought.’”

It would be understandable if Moreno-Garcia decided to take a break after the whirlwind year, but she’s decided to double down. This year sees the reissue of two of her previous books, The Beautiful Ones and Certain Dark Things, as well as a brand-new one: Velvet Was the Night, (Del Rey, Aug. 17), a noir novel set in 1971 Mexico City.

The book follows two young people: Maite, a 30-year-old lovelorn legal secretary, and Elvis, a 21-year-oldviolence-averse enforcer for a government-sponsored black-ops gang. Both are in search of Leonora, a missing college student—Maite wants her to return to their shared apartment building so she can stop catsitting for her; Elvis has been tasked to find her by his mysterious boss, who desperately wants to recover some incriminating photos he believes she has.

Maite and Elvis, with their shared love for Frank Sinatra–type crooners, aren’t your typical 1970s noir characters. “They’re out of date and they’re not hip,” Moreno-Garcia says. “That’s the point. They’re going to stand out in a crowd badly because of those kinds of tastes. They very much do not exist within the contemporary world and the world of the others; they exist in a fantasy, romantic world.”

Music plays a big role in Velvet Was the Night, just as it did in her 2015 debut novel, Signal to Noise, about a nerdy teenage girl who discovers she can cast spells with the help of her favorite music. Moreno-Garcia’s love of music comes naturally: Her parents both worked at radio stations, and she grew up in Mexico surrounded by a huge vinyl record collection. Like Maite and Elvis, the young Moreno-Garcia’s taste in music was not exactly contemporary; she favored out-of-time albums like Paul Williams’ soundtrack to the cult-classic movie Phantom of the Paradise,directed by Brian De Palma.

“I listened to a lot of music from the ’60s and the ’70s and previous time periods,” she recalls. “I was not listening to the Backstreet Boys and that sort of stuff.”

Velvet Was the Night isn’t Moreno-Garcia’s first foray into noir. She tackled the genre in her 2020 novel Untamed Shore, about a young Mexican woman who meets three rich American tourists who turn out to be not exactly who they seem.

“[Noir] is psychological,” Moreno-Garcia says. “It’s about the microscope and it’s about people. It’s not necessarily about the big stakes or the whodunit.”

The genre also gives her, in her words, “the capacity to explore characters that have shades of gray.”

“We tend to think that evil people can be easily identified, and people who do evil things come around and look a specific way. But evil is not done just by one kind of person,” she says. “And normal people do incredibly evil things.”

Moreno-Garcia knows from evil. There’s no shortage of villains in her earlier novels and stories, which span genres—she’s tackled horror, science fiction, and fantasy and clearly doesn’t have any trouble hopping between genres. She says she wrote Untamed Shore and Velvet Was the Night at a moment when she was longing to do something new.

“I wasn’t sure if I wanted to write anymore, at one point,” she says. “I definitely did not want to write science fiction and fantasy anymore. It did not make me happy. I was having a lot of problems just a few years ago in the industry.”

Her work on the noir novels proved just the thing to shake things up a bit.

Despite her busy schedule over the past few years, Moreno-Garcia won’t be taking it easy in 2022. She’s involved with the upcoming Hulu series adaptation of Mexican Gothic, though she warns her fans not to hold their breath for any announcements about the show soon.

“These things are very slow,” she says. “People constantly ask me who’s going to be in the cast, and we’re not anywhere close to that.”

For fans clamoring for her next book, though, there’s some good news: 2022 will see the publication of The Daughter of Dr. Moreau, her take on the H.G. Wells classic. She credits her experience writing Untamed Shore and Velvet Was the Night with her pivot back to science fiction.

“I was able to get happy with writing again, so that after I finished Velvet Was the Night, I wrote The Daughter of Dr. Moreau,” she says. “I was able to do that rather quickly, whereas before I was really dreading doing anything related to books. So it was a good switch. It was a really good switch.”