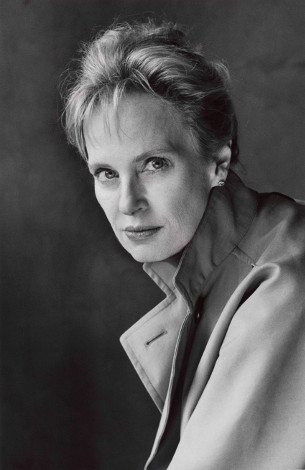 Hell hath no fury like an artist scorned. That Harriet Burden is unable to achieve the status befitting her brilliance may not be officially attributable to her sex—though she has a burning suspicion it plays a large part. Thus “Harry” hatches a plan to commission three male artists to show her work as their own. The inevitable success of her Maskings exhibit will expose art world sexism, embarrass Burden’s detractors and establish her as a superstar.

The Blazing Worldby Siri Hustvedt is a thunderous, multifaceted novel that deserves the acclaim its heroine fails to claim for herself. After Harry chooses to reveal her machinations under a male pseudonym in an obscure art journal, and it doesn’t go well, she soon falls sick with terminal cancer, leaving her ultimate aims unmet. The male “masks” nominally retain her rightful glory: up-and-comer Anton Tish, half-white half-black homosexual performance artist Phineas Q. Eldridge and the artist known only as Rune. Rune’s refusal to credit Harry before his early death remains especially problematic, his treatment of her begging the question, When it came to Maskings, who wore whom?

Harry’s struggle is posthumously recounted through a collection of interviews, articles, journal entries and testimonials compiled by Professor I.V. Hess. Of the initial narrator, Hustvedt says, “I was conscious of playing with the idea of authorship, masks and masking the self in one way or another. Hess is the first figure who’s oblique in some way. He or she is clearly fascinated in conducting their interviews, but also one has to remember that this person has organized all the texts, which is a fairly powerful position to have, so there are certain ironies in that, too.”

Harry’s grappling with her body is the heart of the novel. “Why do I feel there is a secret I carry in my body like an embryo, speechless and unformed, beyond knowing? And why do I feel it might erupt in a great blast if not checked? It must be easy, so easy to fill in that damp, throttling unease with words, to write the disturbance, to write a story to explain the why of it,” Hustvedt writes.

Hustvedt has been successful in many traditionally male-dominated fields. She earned a PhD in English from Columbia University, and is a sought-after lecturer on subjects from Kierkegaard to neuroscience. She is the author of countless essays on various subjects, four non-fiction books, a collection of poems and five previous novels including What I Loved and The Sorrows of an American. Hustvedt has written two earlier novels with male characters “and you do naturally find yourself in a more central position,” thinking and writing as a man, Hustvedt says. “Writing as a woman is always to some degree writing from the side of the culture, not the very heart of it.”

But marginalization may beget combustion, and Harry sprays passionate anger throughout the novel like a fire hose. “I had a great time writing as Harry because she really has become unleashed. She just rushed out of me. It was a deep pleasure and it is, I think, very much about the multitudes of the imagination. The very last work—that crazy work where she has all these little people inside this gigantic woman and they’re raining out of her vagina—that is, I think, a kind of glorious evocation of the creativity of art and that, of course, is not purely a male business but involves both sexes,” says Hustvedt.

Ultimately, Harry’s legacy may not be what she claims to desire, but that changes, too. In the throes of illness it’s her brain, not sex organs, that she wishes to rehabilitate to reclaim her power. “I would like to retrieve the mind I had—the one that leapt and did jigs and somersaults in the air,” Hustvedt writes. “I used to want them to see it, to recognize my gifts. Now I would settle for just having it back.”

Male, female, or other, the one organ that will benefit readers of The Blazing World is an open mind. “Years ago I claimed a little phrase: ‘Art is like sex. If you don’t relax, you won’t enjoy it.’ I meant it to be comic, but I actually believe it. That openness to works of art is what gives them pleasure. If you’ve decided what a book is before you open it up, you can’t relax and enjoy it. If you have certain prejudices about what the novel is supposed to be, then it’s also hard to enjoy. Openness is the only way to come to works of art,” says Hustvedt.