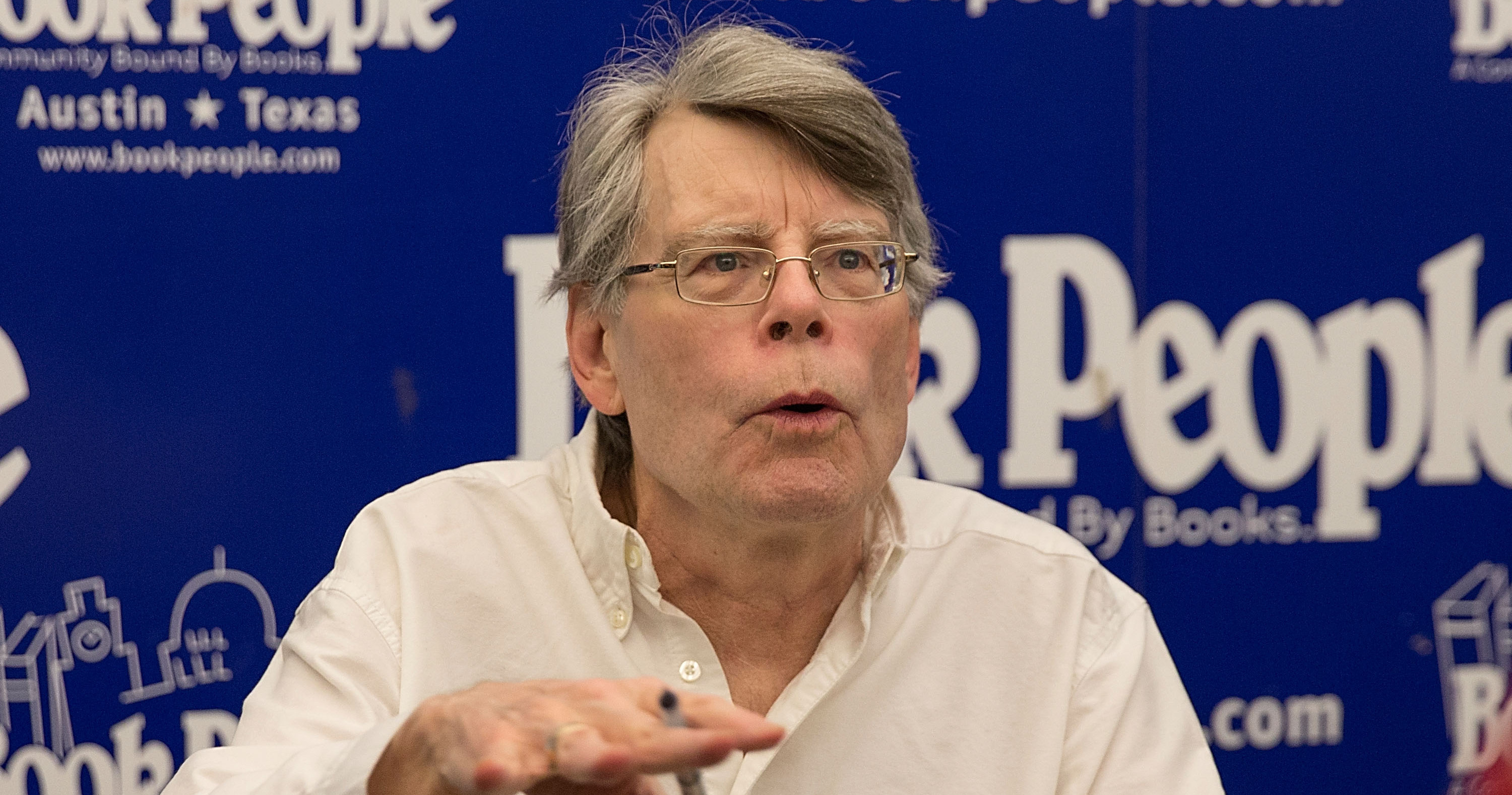 Stephen King realizes that living during the COVID-19 pandemic feels like being stuck inside one of his books. And he sincerely apologizes.

“I keep having people say, ‘Gee, it’s like we’re living in a Stephen King story,’” King said on NPR’s Fresh Air. “And my only response to that is, ‘I’m sorry.’”

King made an appearance on Terry Gross’ radio show to talk about his latest book, If It Bleeds. But the conversation focused heavily on all things coronavirus-related.

How is the master of horror dealing with fear during this scary time?

“The short answer to that is I’m not,” King said. “I’ve made wonderful progress on a novel, because there’s really not too much to do and it’s a good way to get away from the fear.”

He didn’t say much about the novel he’s working on, except that it was originally set in the year 2020.

“I immediately looked back through the copy that I’d written and I saw that one of the things that was going on was that two of my characters had gone on a cruise,” King said. “And I thought, ‘Well, no, I don’t think anybody’s going on cruise ships this year.’ And so I looked at everything and I immediately set the book in 2019, where people could congregate and be together and the story would work because of that.”

King also offered a glimpse of how he’s dealing with coronavirus fears on Twitter, where he posted a picture of himself wearing a t-shirt and a face mask.

"The girls come running just as fast as they can/Every girl is crazy 'bout a sharp-dressed man." pic.twitter.com/9IXMsA8oEc

“The girls come running just as fast as they can,” King wrote, channeling his inner Billy Gibbons. “Every girl is crazy ’bout a sharp-dressed man.”