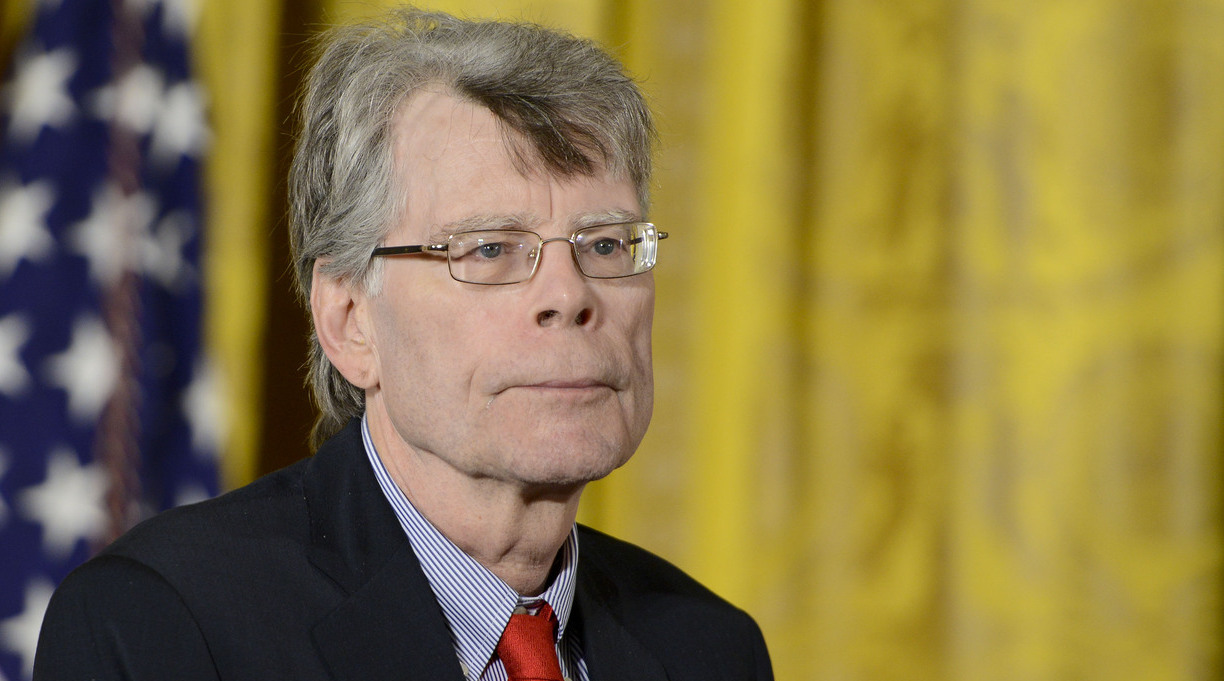 Stephen King used the advance he received for the paperback edition of his first published novel, Carrie, to allow his mom to stop working, he said in an interview broadcast on CBS Sunday Morning yesterday.

King’s mother, Nellie Ruth Pillsbury King, had struggled to raise the author and his older brother, David, as a single parent, supporting the family as best she could by working low-paying jobs. She died of cancer at age 60 but did live to see Carrie published.

“The hardcover advance was small, but the paperback advance just bowled us over—it was, like, $400,000 in 1974,” King told CBS news anchor Jane Pauley. “It was a huge amount of money.”

The author said he and his brother discussed the advance and then went to speak with their mother at Pineland, the residential facility where she worked near their home in Durham, Maine.

“She was in her…green uniform, green rayon uniform—never told this story before—but she was stoned, totally stoned on over-the-counter medication,” he said. “She was in excruciating pain by that point.…And my brother and I said, ‘Mom, you’re done.…There’s enough to take care of you now, because the book sold for a lot of money, and you can go home.’ And she just put her hands over her face and cried.”

King also revealed during the interview, in which he discussed his new Apple TV+ miniseries, Lisey’s Story, based on his 2006 novel of the same name, that he is not a fan of roller coasters, despite being master creator of literary thrill rides.

“I build the roller coasters. That doesn’t mean I have to ride on ’em,” he said.

Amy Reiter is a writer based in Brooklyn, New York.