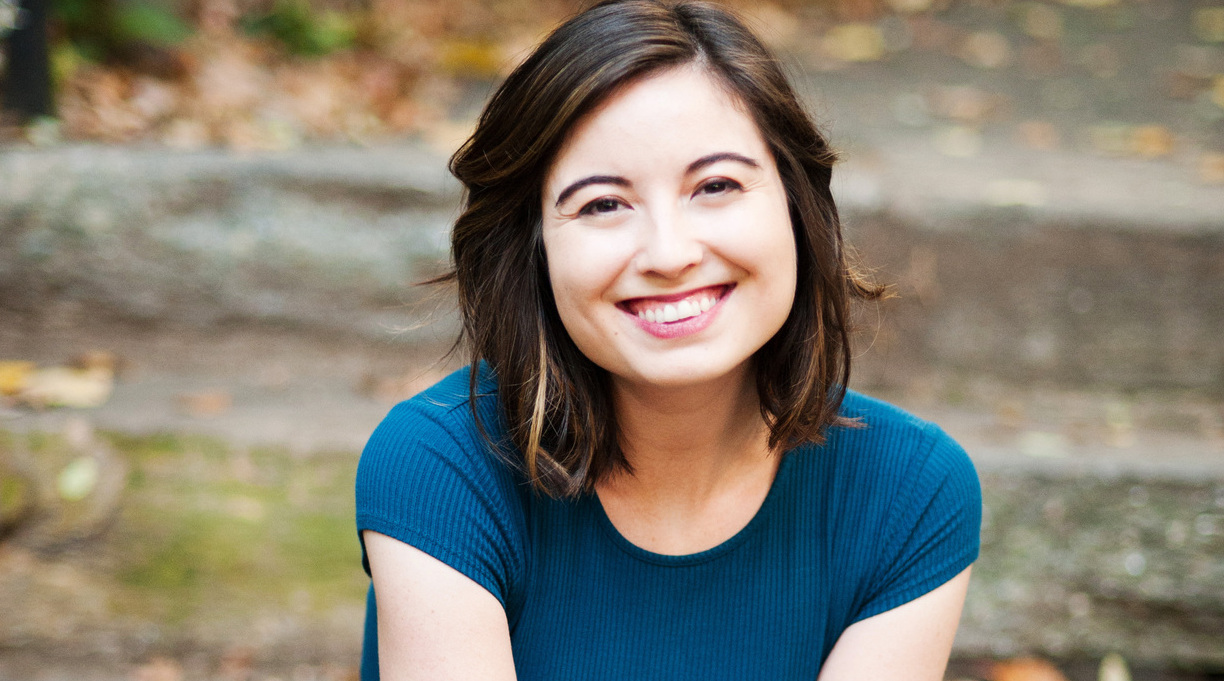 When Tae Keller was 12 years old, she was cornered by classmates in the school bathroom. In revisiting this painful memory while writing her latest novel, Jennifer Chan Is Not Alone (Random House for Young Readers, April 26), the Newbery Medal–winning author found forgiveness and healing for herself and her characters.

Keller’s protagonist, Mallory, develops a summertime friendship with fellow rising seventh grader Jennifer, a new resident to their small Florida town. Now that school has resumed, Jennifer doesn’t seem to care about fitting in, especially when it comes to her unshakeable belief in aliens. Worried about her own social status, Mallory distances herself from her former friend. When Jennifer goes missing, Mallory begins a search that starts with the stars but ends within herself. We spoke to Keller via Zoom from her home in Seattle. The conversation has been edited for length and clarity.

Jennifer’s name is in the title of the book, and she’s the epicenter of everything that’s happening. Why was it important to tell the story from Mallory’s point of view?

A lot of this book is based on my own bullying experience in middle school. At that time, I was trying to find books that might give context or help me understand what was happening. A lot of what I found was from the bullied person’s perspective, which was really helpful, but I remember looking for books from other perspectives and not finding any. I remember contextualizing what had happened and thinking about everyone’s roles in a very set way. I’m the victim, there’s the mean girl, there’s the follower. In hindsight, that wasn’t the healthiest way to think about bullying people. I was thinking about showing the ways that we aren’t just one moment in time. So Mallory participates in the bullying, but she’s not forever a bully. I wanted readers to be able to empathize with Mallory and also be able to see some of themselves reflected in her. All of us make mistakes, all of us hurt and help people, and all of us try to fix our mistakes. I wanted to put a lot of that empathy into the book.

Mallory’s engaging in a lot of self-reflection about her actions.

I was researching forgiveness and redemption in lots of different contexts, interpersonal relationships and the ways different religions approach these questions of forgiveness. There’s this idea of taking action to be forgiven. The process of writing the book was a way for me to push myself. I was writing, not just looking at the world, but looking at myself and reflecting [on] the ways that I didn’t always live up to the person I wanted to be. The book was a way to push myself to think about how to be the best possible version of myself and hopefully invite readers to do the same.

Several characters show strong beliefs in a higher purpose or power. For some, that’s through religion, and for Jennifer that’s through the existence of aliens. Do you think there’s room in the universe for both to coexist?

Doing research about aliens and space was a really fun part of the process. I didn’t know much before I started writing the book. The idea that the universe is infinite was an idea I didn’t think much about before. What does it mean for something to be infinite? [That] there’s no possible way to know everything in the universe? We know such a tiny, tiny portion of what is out there, it would be egotistical of me to say yes or no. When I think about how big the world is, and how big the universe is, there’s so much possibility.

Jennifer’s journal entries are really difficult for Mallory to read. Why do you think that is?

The act of bullying is an act of dehumanizing someone. So reading their words and engaging with their ideas, inner struggles, and feelings is an act of empathy. Reading itself is an act of empathy. For Mallory, it’s this painful process for her to see [the] dehumanizing distance [she’s put] between [them] in order to justify or ignore her actions. When she is empathizing [with] and humanizing Jennifer, that is recognition of what she’s done. Without that recognition, she’s not able to move forward and become a better person.

Do you think Jennifer and other characters give power to the bullies? Or do the bullies take it?

That is a question that Mallory asks pretty directly, and I don’t have the answer. I was thinking about it in the context of the book but also in the context of wider power structures. There are many things in our society we know as social constructs. But who constructs a social construct is a really interesting question. Raising that question in a middle-grade book puts a spotlight on the power structure itself, which so often functions because it stays invisible, because it’s just assumed to be the way things are. Pushing against that and asking how does this happen, where does this come from, is such an important step. Hopefully when kids take that step, it jump-starts their process [for] thinking critically about these structures.

Mallory has a complicated relationship with her identity, including her Korean heritage.

So much of the book is about Mallory trying to figure out who she is, so it felt very natural for her Korean identity to be a piece of that larger picture. I wanted to put some of my experience of being biracial into her character, where in a lot of circumstances, she can be White-passing. What does that mean for someone like Mallory, who is trying so hard to fit in and [is] very invested in the status quo? It can be easy for her to go along with everyone else that is mostly White in her town, where she can blend in. When Jennifer [who identifies as Chinese American] comes to town, Mallory begins to question these things, and the status quo starts to crumble.

Mallory and her mother’s relationship is complex.

This ties into the biracial identity piece. In some cases [it’s] explicitly in the relationship, and in a lot of ways [it’s] subtext to the ways they interact. There’s a scene where Mallory asks her mom if she sees Mallory as Korean. I wanted to put that into that scene, not only the ideas of who we are and how that relates to how people see us, but also the relationship for a biracial person and their parents. [The children] have this constant fear that when that parent looks at them, they’re seeing a cultural distance, and you’re moving away from your family in a very visible way. That can really put a strain on the relationship, and I wanted to capture that between Mallory and her mom.

You include a very personal author’s note.

It’s a very vulnerable thing to include my own experience. The act of writing this book was so healing. So much of what I’m putting into the book was me trying to process what happened in middle school. Feeling now that I’m able to let that go is really such a relief. Also talking to the kids who bullied me in middle school was so healing. I never would have done that if I wasn’t writing the book, but I’m really glad that I did. It gave me a lot of hope for the future. The 12-year-old somewhere inside of me needed to hear that, eventually, things would be OK, not just for me, but also for the people around me.

Sophie Kenney is a youth services librarian in Illinois.