There Are the 2021 Kirkus Prize Fiction Finalists 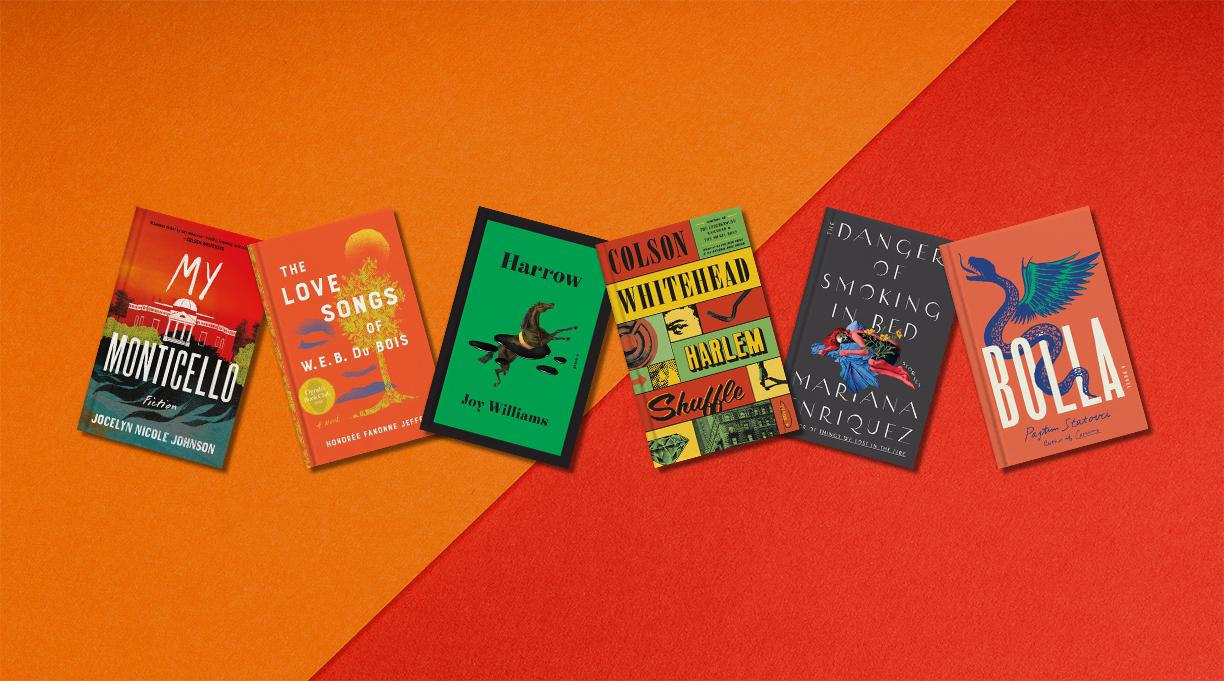 As if to compensate, in some small way, for all the hardships of 2021, there’s been a profusion of great fiction, making it harder than ever to choose the six finalists for the Kirkus Prize in Fiction. Our dedicated judges—Ikwo Ntekim, general manager of Brooklyn’s Greenlight Bookstore, and Kirkus reviewer Elsbeth Lindner—have been reading nonstop for months to select a varied group of finalists. Author Rumaan Alam and I will be joining them to choose the winner on Oct. 28.

The Dangers of Smoking in Bed by Mariana Enríquez, translated by Megan McDowell (Hogarth), is a collection of trenchant, genre-straddling short stories. As our review said, “Enríquez, a journalist who grew up in Buenos Aires during Argentina's Dirty War—a trauma that echoes across these stories—is a pioneer of Argentinian horror and Spanish-language weird fiction, warping familiar settings (city parks, an office building, a stretch of neighborhood street) by wefting in the uncanny, supernatural, or monstrously human. Drawing on real places and events and spinning them out in fantastical ways, she disinters the darkness thrumming under the smooth, bureaucratized surface of urban life, exposing powerlessness, inequity, abuse, and erasure.”

The Love Songs of W.E.B. Du Bois (Harper) is an epic debut novel by acclaimed poet Honorée Fanonne Jeffers. Narrator Ailey Pearl Garfield is named for the dancer Alvin Ailey, and perhaps it’s no surprise that she grows up to be a historian; as our review said, “her journey toward that goal, fraught with heartache, upheaval, and conflict from her childhood through adolescence and collegiate years, is interwoven with the results of her inquiry into her family history. That history is deeply rooted in the Georgia town of Chicasettta, where [her] Black ancestors were enslaved.…If this isn’t the Great American Novel, it’s a mighty attempt at achieving one.”

My Monticello by Jocelyn Nicole Johnson (Henry Holt) is a collection of stories set in Virginia and focusing on racism. The stunning title novella, inspired by the 2017 Unite the Right rally in Charlottesville, features a University of Virginia student who’s a descendant of Thomas Jefferson and Sally Hemings taking refuge at Monticello in the wake of societal breakdown. This is “a sharp debut by a writer with wit and confidence,” according to our review.

Bolla by Pajtim Statovci, translated by David Hackston (Pantheon), is “an unflinching consideration of the long aftereffects of an affair cut short,” according to our review. Statovci, a Finnish writer born in Kosovo, writes of Arsim, an aspiring writer, and Miloš, a medical student, who meet in Pristina in 1995. Their relationship is intense but brief; Arsim has married a woman to hide his homosexuality, and soon Bosnia will be gripped by war. “Statovci lets little sunlight into the narrative,” our review said, “the better to emphasize just how powerful homophobia and self-loathing can be.”

Harlem Shuffle by Colson Whitehead (Doubleday) revolves around a jewel heist in 1959 Harlem. Protagonist Ray Carney, who owns a furniture store, is a mostly legitimate businessman, but he lets his cousin Freddie rope him into fencing the ill-gotten gains from a highly visible hotel robbery. As our review said, “Throughout, readers will be captivated by a Dickensian array of colorful, idiosyncratic characters, from itchy-fingered gangsters to working-class women with a low threshold for male folly. What’s even more impressive is Whitehead’s densely layered, intricately woven rendering of New York City in the Kennedy era.”

Harrow by Joy Williams (Knopf) is the first novel in 20 years from Williams, and it bears disturbing tidings: Something is wrong with the world, but we don’t know quite know what it is. There’s a girl named Lamb, later known as Khristen, who almost died as a newborn but was brought back to life; she moves from a school that mysteriously closes to an unusual community near a dying lake. According to our review, it’s “an enigmatic, elegant meditation on the end of civilization—if end it truly is.”