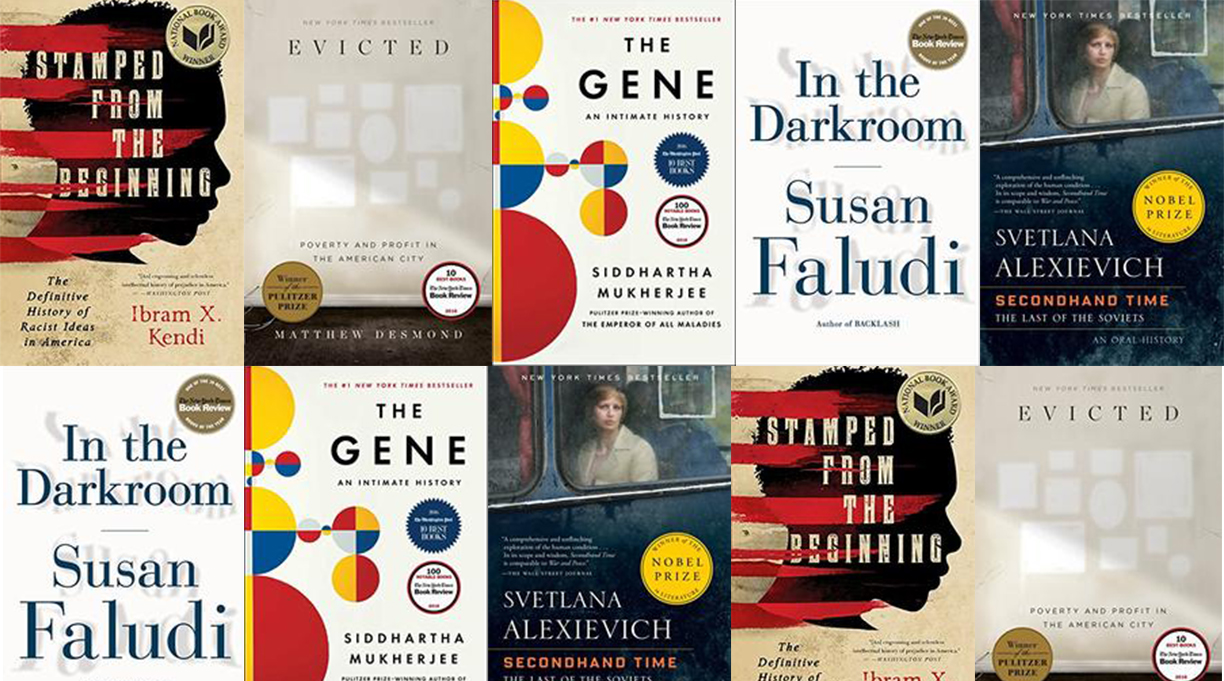 Each year, one of my most difficult tasks is the selection of the 100 books for the Best Nonfiction issue. As tough as the process is, however, it’s not realistic to believe that all 100 books—or even a small percentage of them—are going to be studied 10, 20, or 100 years from now.

But making predictions is always fun, and this year has produced a few books that have the makings of modern classics, to be enjoyed, discussed, dissected, and taught in the decades to come. Here are a few books that will stand the test of time:

An absolutely vital resource for understanding the post-Soviet period in Russia, this powerful oral history cements the Nobel Prize winner’s legacy and will be invaluable in European history courses.

Income inequality is a perennial issue, and Desmond’s book, a finalist for the 2016 Kirkus Prize that we called “a scholar’s 21st-century How the Other Half Lives,” provides the blueprint for further study of eviction, poverty, and other important socioeconomic issues.

In the Darkroom by Susan Faludi

Faludi’s book, winner of the 2016 Kirkus Prize for Nonfiction, is a masterful mixture of memoir, sociology, and history, and it sets the tone for

understanding one of the most pressing cultural issues of our time: gender identity.

Stamped from the Beginning by Ibram X. Kendi

Despite the misguided claims that we live in a post-racial society, the events of recent years—especially the 2016 presidential election—have shown that our social landscape is anything but. Kendi’s magisterial book tracks this insidious history of racism throughout American history.

The Gene by Siddhartha Mukherjee

Genetics is a continuing hot topic in science. Mukherjee, who so impressively examined cancer and its history in The Emperor of All Maladies, provides a useful foundational text for understanding the history and basic science of genes.