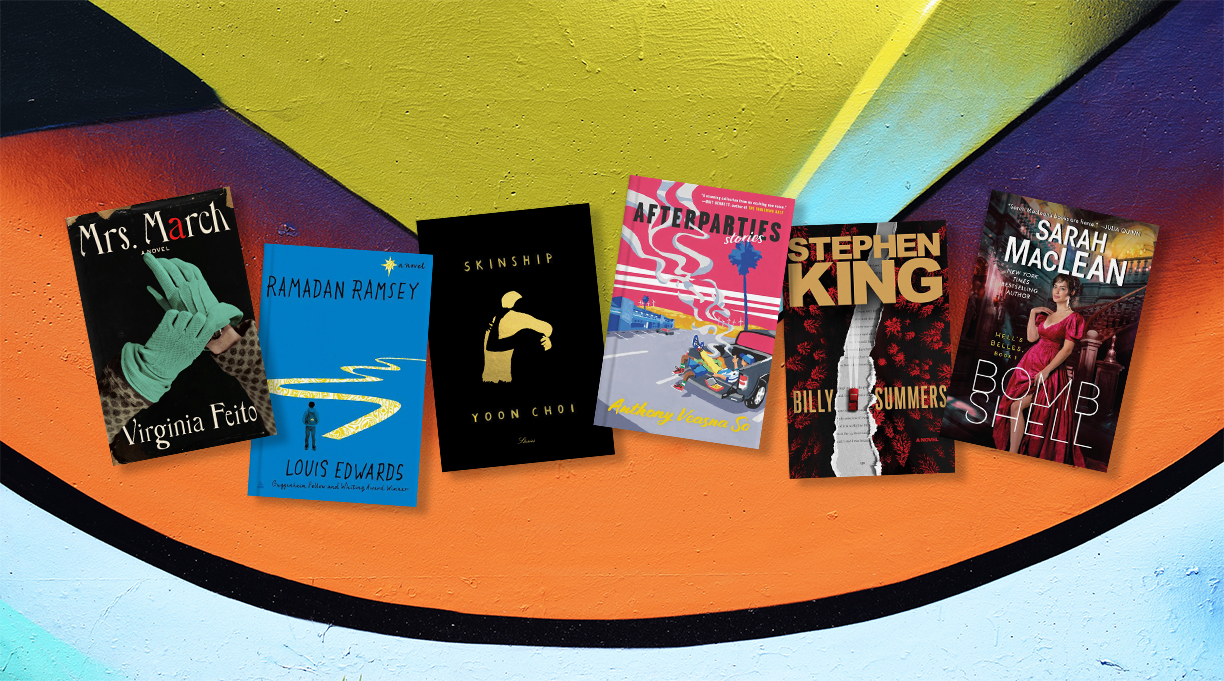 Have you had your fill of socializing yet? It’s been great to get out of the house and see friends this summer, but now I’m ready to crawl back into my shell and spend some quality time with a book. There’s plenty to choose from in August, and I’m planning to start with Bombshell, the first installment in Sarah MacLean’s Hell’s Belles series (Avon, Aug. 24). A girl gang in Victorian London? Yes, please. The Duchess of Trevescan has collected three tough women to help her go after evil men. I love watching friendships develop among women in romance series, such as Lisa Kleypas’ Wallflower books, and I’m looking forward to seeing Lady Sesily Talbot, the heroine of Bombshell, bond with the other Belles while also giving a second chance to Caleb Calhoun, an American businessman who rejected her two years ago—for a good reason having to do with an explosive secret, I’m sure. Our starred review calls the book “a complete pleasure,” which is surely what we all need. Here are some more books for your August reading pleasure:

Stephen King has written about writers before, but the hero of Billy Summers (Scribner, Aug. 3) is only a pretend writer—in fact, he’s a hired assassin who’s posing as a writer while he waits in Las Vegas for the right moment to take out another mobster. “Murder most foul and mayhem most entertaining,” says our starred review.

Anthony Veasna So was only 28 when he died last year; his first book, a story collection called Afterparties (Ecco, Aug. 3), introduces a cast of Cambodian Americans who can’t forget they’re the children of refugees. “Even when these stories are funny and hopeful,” our starred review says, “an inescapable history is always waiting.”

The hero of Louis Edwards’ Ramadan Ramsey (Amistad, Aug. 10) is a boy growing up in New Orleans, the son of an African American mother and a Syrian immigrant father whose family sends him back home before he even knows his girlfriend is pregnant. Alicia gives her son the name Ramadan in a gesture of atonement. By the time he’s 12, both his mother and his grandmother die, and Ramadan travels to the Middle East in search of his father. “A novel that is as exhilarating as it is moving,” says our starred review.

When I see Mrs. March (Liveright, Aug. 10) on my bookshelf, I can’t help thinking of Little Women, but Virginia Feito’s debut novel has nothing to do with Louisa May Alcott’s beloved family. Instead, it’s a psychological drama about the wife of a bestselling novelist who discovers that everyone thinks her husband’s latest protagonist is based on her. “But…isn’t she...a whore?” Mrs. March wonders. Our starred review says, “Feito is Spanish and lives in Madrid, but somehow she is the love child of Patricia Highsmith and Shirley Jackson.”

The stories in Yoon Choi’s Skinship (Knopf, Aug. 17), which chronicle the lives of Korean American families, “are both closely observed and expansive, a feat of narrative engineering that places her next to Alice Munro,” according to our starred review. “Nearly every one builds to what feels like an epiphany, or a pearl of wisdom, only to rush on for more pages as though to remind us that life does not stand still, that flux is the normal state of things, and loss always lurks on love’s horizon.…An exceptional debut.”