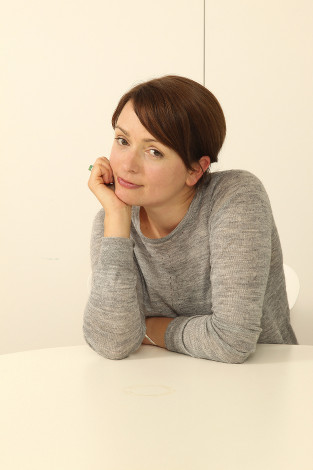 Two hundred years after the publication of Pride and Prejudice, Jane Austen is enjoying a popularity that most living authors could only dream of.

A quick Amazon search renders pages of Austen-inspired spinoffs ranging from the sinister (Pride and Prejudice and Zombies) to the spiritual (The Jane Austen Devotional, for Austen-loving Christians, though let’s face it: For some readers, she’s the only religion they need). Just this summer, the movie Austenland hit theaters, the history Jane Austen’s England hit bookstores and, not to be outdone, the Bank of England announced that Austen’s image will grace the 10-pound note.

All of which makes Jo Baker’s Longbourn, a re-imagined Pride and Prejudice from the servants’ point of view, both dangerous and daring. What kind of cook alters a perfect recipe? Austen lovers need not fear. Baker hasn’t changed the recipe; she’s just borrowed ingredients and served up a side dish. And it’s a delicious one.

“I have a long-standing relationship with Jane Austen,” says Baker. “I’ve been reading her stuff since I was 12. I’ve read the books over and over, particularly Pride and Prejudice, which I return to again and again.”

Along with being seduced by the text of Pride and Prejudice, Baker, the granddaughter of a housemaid, was also interested in where she would’ve fallen in the Regency class divide. “I’ve always had this slight awareness that if I’d lived at that time, I wouldn’t have been going to the ball, chatting with Mr. Darcy,” says Baker. “I didn’t belong. So this book is a negotiation with that, a conversation with that, to try to find my own place in this world.”

Aside from the personal, Baker was also intrigued by the silent semantics at work in Austen’s original—the ubiquity of the passive tense. At Longbourn House, dresses are mended, letters get delivered, carriages are driven and tea is served, but there’s scant mention of those doing the work.

“I realized that there are other bodies in the room, other presences, and that really fascinated me,” says Baker. One particular line in Pride and Prejudice taunted her imagination. “There’s a ball [at Netherfield] coming up and the girls need roses for their dancing shoes. It’s been raining for days and no one is prepared to go outdoors. The line is ‘the shoe-roses for Netherfield were got by proxy’ and I thought, ‘Well, so who’s proxy?’ ”

In Baker’s retelling, that ‘proxy’ is Sarah, a smart, restless housemaid who starts her days before dawn, shaking off “the black blank sleep of deep fatigue” while the Bennet girls lie in their beds “dreaming whatever it was that young ladies dream.” The latter, of course, is not Baker’s concern, though Sarah’s dreams are. Amid the litany of labor that fills Sarah’s day, daydreaming is the only personal indulgence she can afford.

From the first page of Longbourn (which Kirkus starred) to the last, readers are struck by the sheer physicality of this novel. Unlike Pride and Prejudice, in which much of the story unfolds in private thought and conversation, Longbourn will make you reach for the Aleve. Almost all of the action occurs while the characters are heaving buckets, scrubbing floors, cranking pumps, ironing clothes or washing dishes. Downstairs, backs ache, hands are cracked, and feet are blistered. No matter. The work continues; the bell always rings. “Each day’s work trickled over into the next, and nothing was ever finished, so you could never say, Look, that’s it, the day’s labour is over and done,” Sarah thinks. “Work just lingered and festered and lay in wait, to make you slip up in the morning.” Readers of Longbourn won’t come away with a simple understanding of a servant’s hardship. They will feel the burden.

The work of the Longbourn servants is daunting, but there is plenty of drama amid the soapsuds. A handsome biracial footman from a neighboring estate catches Sarah’s eye, and for the first time, Sarah sets her sights beyond the Longbourn hedge. Polly, the youngest maid in the house, suddenly finds her head full of promises and her pockets full of coins provided by a Militia officer who has been spending too much time in the kitchen. Mr. Hill, the old butler, sneaks off for late-night meetings with a farmer, then crawls back into bed with Mrs. Hill, the cook.

And one evening, Mr. Bennet makes an announcement that James Smith, a young man with rough hands and a guarded face, will be joining the ranks as footman—a mysterious and hasty hire that sends Mrs. Hill charging into the library for a heated exchange that betrays a relationship far more complicated than master and servant. Who is James Smith? Why did Mr. Bennet hire him, and why does Mrs. Hill care so much? Readers will stay awake until the wee hours to discover the secret.

Austen lovers will delight in following glimmers of the familiar storyline going on upstairs, though glimmers are all Baker gives. “That’s part of the fun of Longbourn,” she says. “There’s this big story going on, but we’re not really talking about it.”

Baker does talk about issues commonly swept under the rug in Regency England, weaving in threads about homosexuality and race relations that speak to a wider and more diverse world than the clutch of dancers at the Netherfield ball know. “There was no agenda,” says Baker. “It wasn’t

that I thought, ‘People must know!’ and hit my desk with my fist or anything. One thing that I was clear about when I was writing Longbourn was that everything in it had to emerge organically out of the other novel. In no way am I saying that Austen should have tackled these things; her books are perfect as they stand. But there are these little glimpses in Pride and Prejudice, and I wanted to open up some space to imagine in there.”

Longbourn is a novel about societal boundaries—those real and imagined, kept and crossed. “There’s a really interesting power dynamic going on,” says Baker of the upstairs/downstairs narrative—a narrative that contemporary audiences find insatiable, as any feverish Downton Abbey fan can attest. “You’ve got people who are together in a house for years. There is the power of people who can dismiss you and pay your wages, but then there is the power of people who know intimate secrets about those who employ them and pay their wages.” In one passage, Sarah walks through the Bennet girls’ bedrooms collecting the soiled shifts of the “smooth and sealed alabaster statues” which revealed the “frail, leaking, forked bodily creatures that they really were.” Intimate secrets indeed.

Longbourn is also a novel about family—not the dynastic kind of such interest upstairs but the kind that’s stitched together with each new hire, over years of shared work, shared bedrooms, shared meals and shared destiny. One of Mrs. Hill’s happiest moments is when she sits in a church pew flanked by Polly, Sarah, James and Mr. Hill, a proud mother hen with her brood. It’s a cruel kind of family to be born into, to be sure, with few prospects for economic mobility or escape, but it is a family nonetheless. In Longbourn, Baker has given us an inspiring story of a patchwork family whose scrappy resilience, quiet dignity and stubborn dreams get a hearing of their own, uninterrupted by the master’s bell.

Kirk Reed Forrester is a writer who lives in Houston. Like the servants at Longbourn, she hates doing laundry.