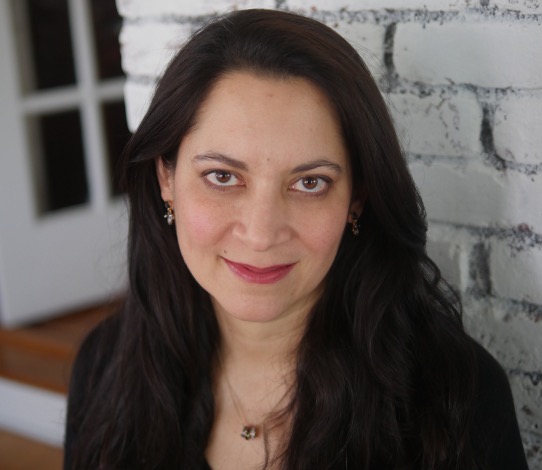 Growing up in Connecticut, Veera Hiranandani didn’t know what to make of her father’s glancing mentions of “partition.”

“I would hear a little bit of, ‘Oh, that’s what happened when Igrew up—I had to leave my home,’ ” says Hiranandani, “and I was like, ‘What do you mean, you had to leave your home?’ ”

The 1947 Partition of India marked the end of British rule and the creation of two nations: India (majority Hindu) and Pakistan (majority Muslim). With his parents and siblings, Hiranandani’s father fled Mirpur Khas, which became part of Pakistan, for Jodhpur, which remained part of India, before permanently relocating to the United States.

It wasn’t until Hiranandani saw Gandhi, at age 11, that she realized Partition wasn’t simply a strange event in her father’s family’s history. It was the largest, bloodiest mass migration in history, with an estimated 14 million people displaced and 1 million killed.

“That opened up my eyes to ask more questions,” she says, “and to find out more not just about my father’s family, but what happened to millions of people during this time.”

The Night Diary reflects vigorous research and a profound compassion for the millions displaced by Partition through the diary entries of a quiet, cleareyed 12-year-old narrator named Nisha.

“Dear Mama,” Hiranandani writes in a diary entry dated one month before Partition. “I know you know what happened today at 6:00 a.m., twelve years ago. How could you not? It was the day we came and you left, but I don’t want to be sad today. I want to be happy and tell you everything. I’ll start at the beginning.”

Nisha and her twin brother, Amil, are being raised by their stern but loving father, a doctor, with help from their paternal grandmother, Dadi, and the family’s beloved cook, Kazi, a Muslim man. Their mother was Muslim, too. Their father is Hindu.

When the rioting intensifies, the family—minus Kazi—are forced to flee Mirpur Khas.

“I felt like that was the direction I wanted to take this family, because it was what I could know more authentically. But at the same time,” she says of the parents’ mixed-faith marriage, “I wanted to give Nisha another view as another way to explore bias.”

In chronicling the divide, Kirkus writes, “Nisha’s voice is the right mix of innocence and strength, and her transformation is both believable and heartbreaking.”

“It feels like we’re really in a story now,” Hiranandani writes. “I’ve heard about stories like these, about people who flee their homes in a war with nothing but the clothes and food on their backs. Now that’s who we are, even though there’s not a war here, but it’s like a war. It seems almost like a made-up war. It makes each footstep I take feel numb, like my foot isn’t actually touching the ground, like I’m not in my body.”

“I would love young readers to discover how much they have in common with Nisha,” she says, “in their family dynamics, sibling rivalry, wondering what’s for dinner...all those things she’s dealing with at the beginning of the book. I wanted to ground her experience in the familiar, so they can say, ‘I know what that’s like, so this could be me.’ ”

Megan Labrise is a staff writer and the co-host of the Kirkus podcast, Fully Booked.