Winners of the Silvers-Dudley Prizes Revealed 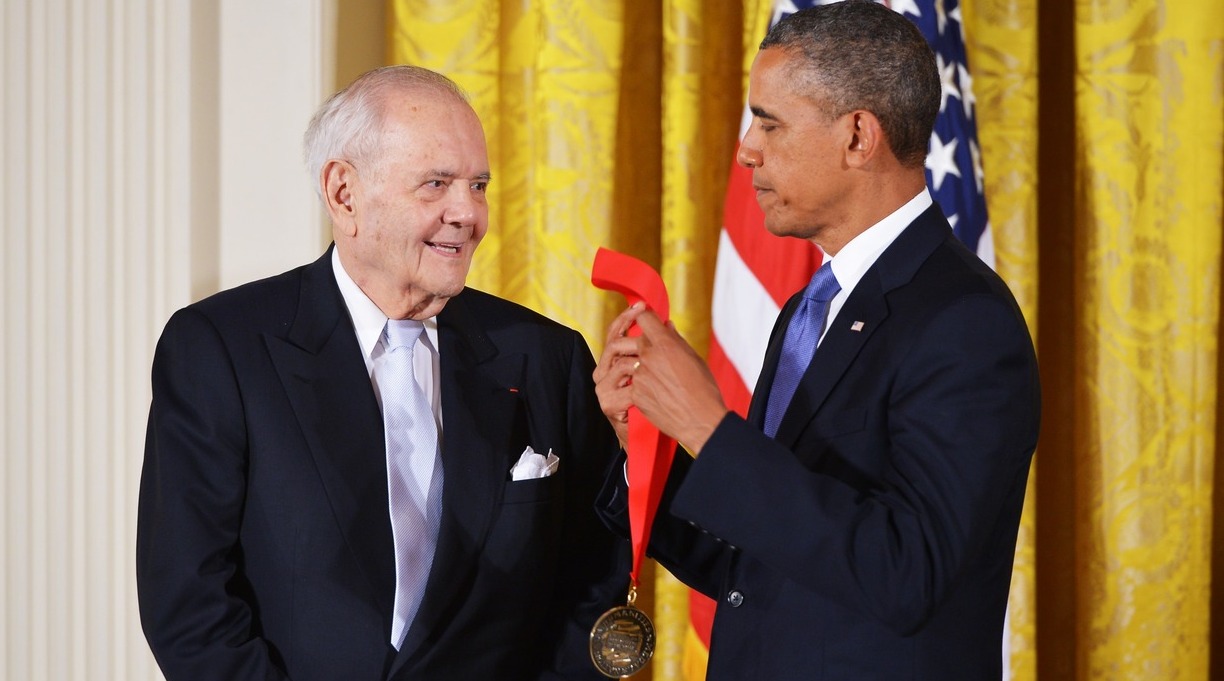 Robert B. Silvers receiving the National Humanities Medal from Barack Obama in 2013. Photo by Mandel Ngan/AFP via Getty Images

The Robert B. Silvers Foundation revealed the winners of the first-ever Silvers-Dudley Prizes, which will be given each year in recognition of outstanding achievement in literary criticism, arts writing, and journalism.

The foundation announced three winners in the field of long-form literary criticism: Elaine Blair, Merve Emre, and Becca Rothfeld. All three critics have published widely, in publications including the New York Times.

The writers taking home prizes for excellence in arts writing were Vinson Cunningham of the New Yorker, Jason Farago of the New York Times, and Renaissance art expert Ingrid Rowland.

This is the first year for the awards, which are presented by the charitable trust endowed by and named after the late Silvers, who co-founded and co-edited the New York Review of Books, and his wife, Grace, Countess of Dudley.

Foundation director Daniel Mendelsohn said, “These prizes richly reward a kind of writing that has long been under-recognized in the economy of literary prize-giving—long-form criticism, the intellectual essay, and arts writing—along with the penetrating journalism that Bob nurtured at the New York Review. In his will, Bob stipulated that the Foundation work to ‘support writers’; with these new prizes, we like to think we’re doing just that.”