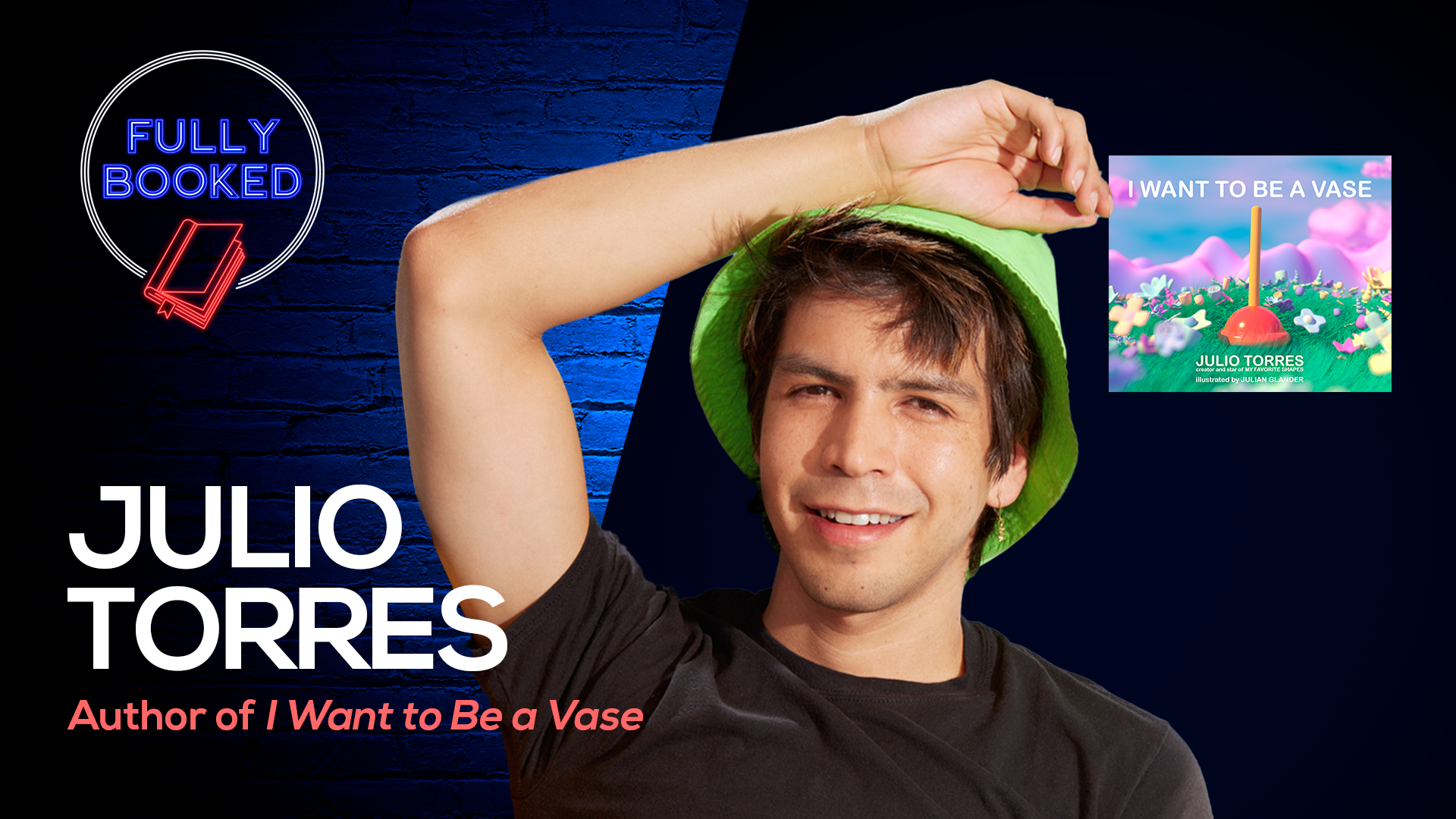 On this week’s episode of the Fully Booked podcast, Julio Torres discusses I Want To Be a Vase, illustrated by Julian Glander (Atheneum, June 7).

Torres is the creator and star of the HBO special My Favorite Shapes, one of the masterminds behind the network’s Spanish-language comedy series Los Espookys, and a former writer for SNL. His dazzling picture book debut is a story about everyday objects. One day, a particular object, Plunger, announces they don’t want to be a plunger anymore; they want to be a vase. This proclamation is, at first, met with some measure of opposition—especially from Vacuum Cleaner, who’s more on the traditional side. “But soon,” Kirkus writes, in an admiring review, “other household items climb aboard the self-actualization train.”

Here’s a bit more from our review of I Want To Be a Vase: “The premise is odd but comical and certainly original; children will giggle contemplating different uses for everyday gadgets. Kids are great at pretending and playing imaginative games, so they won’t have trouble buying into the whimsy on offer.…The colorful digital illustrations, featuring dollhouse-like miniatures representing common household goods, are very appealing. Varying typefaces and fonts signal different voices ‘spoken’ by the objects. Note the hilarious final declaration from the book itself. Great for stimulating creative thinking and art activities: What else can ordinary objects be?”

Torres and host Megan Labrise discuss their proclivities for pronouncing the word vase; the relationship between My Favorite Shapes and I Want To Be a Vase; the book’s eye-catching illustrations by Julian Glander; whether Torres has an affinity for epiphany as a subject matter; being true to oneself while recognizing the humanity of others; how writing a children’s book compares with writing a comedy sketch; and much more.