Social Media Etiquette for Writers: The Dos, the Don’ts, and the Never Evers 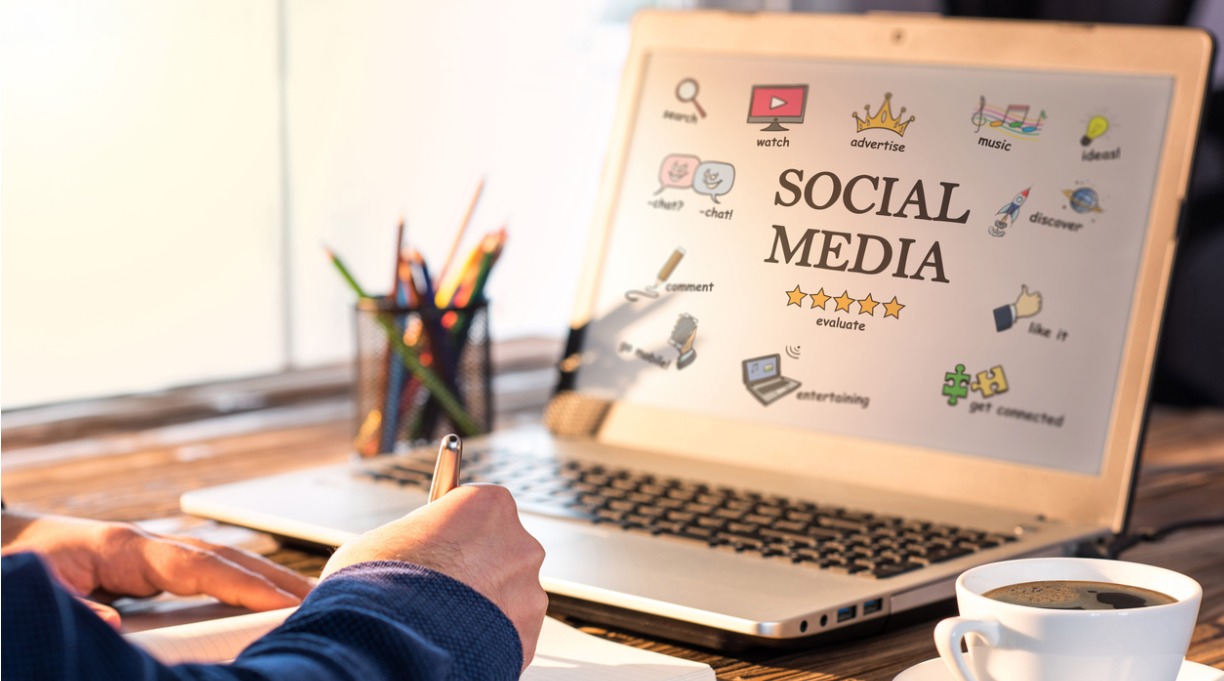 Social media can be an interesting place for writers to converge. At once watercooler, marketplace, source of psychological support, and merry land of wasted time and TikTok videos, social media has the power to lure us in with its humor, tragedy, commentary, and raw humanity. Nowhere else are we tempted to speak so casually to such a large audience about all things mundane, frustrating, and even deeply personal.

The very medium suggests an enormous expanse through which our every fleeting thought echoes, drowned out by other voices and only truly accessible by however many followers and/or friends we have. Because of this, we are so often tempted to speak before we think, react before we process—and post before we consider the consequences.

Not everything is found or seen. But even bestselling authors aren’t exempt—and, in fact, they are more exposed to criticism and censure due to their reach and responsibility. But while smaller and lesser-known authors might not be as publicly recognized, what we post can have serious and immediate consequences not only to others but to ourselves, our reputations, brands, sales, and even careers. Twitter is generally recognized as being one of the more important platforms for writers and authors, and it is also a place other publishing professionals visit. The publishing world is surprisingly small, and its members are going to notice when authors and writers hold problematic views and are incapable of engaging without hostility, aggressiveness, contempt, and even hatred.

“Don’t forget that people working in the industry on the other side of things are always watching, always listening,” author and publishing insider Mark Leslie Lefebvre warned us in “Top 7 Mistakes Authors Make When Selling Their Books Online.” “The things you share, the things you post, the complaints you post to public forums. They aren’t going unseen. People inside the companies you are talking about are paying attention. And you’d better believe in the karmic power of the universe….I remembered interacting with and watching authors in action. Those who treated others (other writers, booksellers, etc.) poorly were remembered. Those who treated others with respect were also remembered.”

Don’t take the warning lightly. Publishers and agents aren’t interested in working with authors who behave poorly. You could also easily alienate potential readers. So if you’re planning on using social media, you might want to think about your social media etiquette.

Be supportive of other writers

Offer to help out

Have some experience that could benefit a newbie or an author or writer struggling with plot, character, or even grammar? Speak up if they’re looking for feedback or advice. Not everyone will take your suggestions, of course, but just remember those folks who get their backs up have their own baggage. It’s not personal. And someone else reading the comments may benefit from your feedback.

There are a lot of folks online who are interested in “curating” their brand or image. You don’t have to be that person. Authenticity is not only much easier, but it also resonates with others online. People want to get to know you, not some fabricated life you’ve created.

Be political…if that’s who you are

This is very much a caveat for writers and authors. There are entire swaths of authors and writers who think “being political” is something to hide. For some people, keeping their political beliefs to themselves keeps them from alienating any readers, and that’s OK. But if you’re passionate about politics and are outspoken—if it’s simply a part of who you are—don’t be afraid of that. As long as you…

Not everyone is going to share the same opinions as you. You will see views that make your blood boil. Sometimes you can walk away. Sometimes you need to speak up. Try to keep it respectful when the occasion warrants. But when you’re facing hatred or harmful behavior, especially toward marginalized groups, follow your own instincts. A lot of authors and writers have earned respect from their readers and their peers by defending others. You may alienate some readers. But you may also gain more.

Take a break when you need it

Social media can take a lot of energy. Sometimes it can be an enormous time suck. But when you find your anxiety rising and taking over, don’t be afraid to take a social media break.

Book publishing is a huge field, and disparaging other authors, writers, and publishers for commercial fiction (or other genres you don’t like) in order to prove your superiority is a bad move. If writers love writing it, readers love reading it, and it’s not hurting anyone, consider keeping your thoughts to yourself. You don’t know who’s watching. And more important, you don’t get to be the gatekeeper of what people like to read or write.

Unless you’re Susan Orlean, whose drinking and tweeting adventures caused great delight, be cautious about mixing your substances and social media. Having a mouthy exchange with your cat? That can be comic gold. But avoid any arguments, sensational reactions, and professional thoughts that you’re not sure you can live with the next day.

Try to promote your writing and books in a way that’s engaging without using the social media platform merely for a sales opportunity. Make it fun. No one wants to engage with you if you’re just going to be hawking your books, and spammy behavior is rather unbecoming.

Don’t fire back at negative reviews

If you’re doing something right, you hardly ever hear about it. But if someone doesn’t like something? Oh, you’ll definitely hear about it. Try to absorb your negative reviews, consider them critical feedback, and avoid publicly lashing out at someone because they don’t like your writing. You’re better off venting to a friend or family member.

Don’t attack other authors and/or publishers

As mentioned, the writing and book publishing community is very active on Twitter, which means that they can see what you’re griping about. In some cases, that can be a force for change and accountability when publishers, authors, or organizations are engaging in damaging and hurtful behaviors. But trashing an agent, editor, or publisher for rejecting your manuscript or for suggesting changes that you don’t agree with is a bad, bad move if you’re hoping to be represented or traditionally published.

Many folks on social media—especially women—are unfortunately the recipients of unsolicited direct messages (DMs). Unless it’s been invited or you know it will be welcomed (“please DM me”), avoid any unsolicited private messages to other folks on social media, especially publishing professionals. That includes pitches, requests for favors, picking up, sending images (especially those that are explicit), angry messages, etc. It’s a quick way to get yourself not only blocked but reported.

Don’t expect to make everyone happy

Not everyone is going to love everything you say and/or post. Sometimes you’ll hurt someone’s feelings. And sometimes you’re going to make mistakes. Own up when you’ve screwed up and don’t be afraid to sincerely apologize. And try not to drive yourself crazy trying to make everyone like you. Your energy is better spent on other things.

Never ever be abusive or threatening

Not everyone we know is a nice person, and the same is true on social media. Sadly, the informal structure of social media sometimes leads some people to believe that it’s OK to respond with anger and/or aggression. It’s not an invitation to behave that way too. Be kind, and defend yourself without being cruel. And don’t be afraid to walk away and judiciously report/block jerks.

This one seems obvious, but unfortunately, many editors and publishers have been stalked online and even in person by would-be writers and novelists who won’t take no for answer. Respect the privacy and safety of other users at all times.