The F-Word: Why Failing Can Be the Best Thing for Your Writing Career 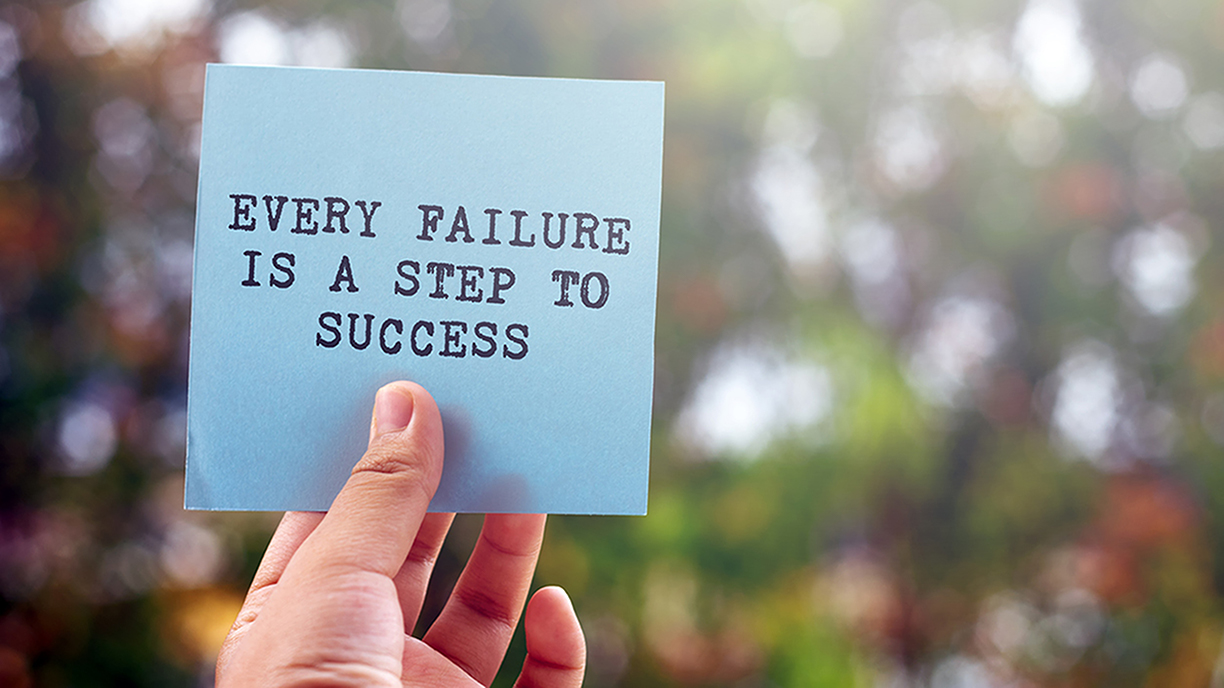 Perfectionism is not a quest for the best. It is a pursuit of the worst in ourselves, the part that tells us that nothing we do will ever be good enough—that we should try again. —Julia Cameron

Writers are a painful kind of perfectionist.

As with any other artistic discipline, there is no such thing as perfection in writing for most of us. There’s only trying—often with limited success—to translate what is in our heads onto paper. The results are almost always less than, watered down, with just enough captured to remind you what was there. It’s like trying to recreate the glory of a rising sun with a box of crayons. Many of us can take those crayons and make something interesting and enjoyable. Sometimes art emerges. And sometimes we are reminded we are little more than five-year-olds trying to catch the wind with our hands.

We all know this. But oh, how we long for those days of our youth when we had just discovered the early stages of skill and talent, when we were all so certain that we were bound for greatness, or at least a fat six-figure book deal.

I was in my first year at university when my creative writing instructor—a James Joyce scholar, writer-in-residence, and energetic, delightfully blunt torturer of budding writers—announced on the first day of class, “I never give out an A. The best anyone can ever receive from me is a B+ because there is no such thing as perfect writing.” Like all the very best teachers, we both revered and loathed him. Eventually, love won out. But he taught me an important lesson in writing: we can always be better. And it was both a blessing and a curse.

We as a society—especially in North America—are conditioned to view “failure” as anathema. We are to avoid it at all cost. Failure, we learn, is worse than death. Better to play it safe than to risk it all and not succeed. Not only does this tap into an unrelenting and frankly vicious tendency to demand perfection from ourselves, but it also entwines with societal expectations (including those from our friends and family) to conform to traditional notions of success. We feel pressured to present a side of ourselves that conforms with those notions. And for writers—notoriously underpaid and underappreciated—there’s an additional level of judgment that occurs simply because we love what we do.

We also learned that failing at something means we aren’t good enough, we haven’t worked hard enough, and we don’t deserve it.

The fact that someone would select a writing career, despite a lack of a book deal, awards, or other reliable source of income is viewed with suspicion…especially in a field where the chances of recognizable success are so slim. Writers have already broken the first rule of success: select a career or profession where the chance of failure is slim to none.

For if you fail, what is left?

Failing as writer, in many ways, isn’t really failure at all. At least not in the traditional sense. It’s simply a brutally hard lesson.

LESSON #1: Failure can be a sign to retool your plans

The first lesson failure can teach you is also the biggest. And anyone—writer or not—can learn it. Failure won’t kill you. It’s not even interesting enough to ruin your life. Instead, it can be used as a big neon sign that suggests that maybe your plans need a little more work. Or time.

If your query was rejected—Go back and refine it. Ask a few friends for advice. Consider the possibility that perhaps you approached the wrong person, or you’re not hitting the right market.

If you still don’t have an agent or publisher—Self-publishing has changed the game for authors who are unwilling to navigate traditional publishing waters, looking to retain control of both the work and the profits, or even facing rejection through traditional routes. Maybe your book doesn’t have the right market appeal for publishing professionals. Reassess and see if maybe it’s worth putting in the time and effort to do it on your own. When no one clears a path for you, it’s sometimes a sign to carve out one of your own.

If you published a book and it didn’t sell—This is a hard one. After so much work and effort, sometimes the sales just don’t add up. Remember that not every book is loved or appreciated when it’s released. Keep writing. Keep publishing. You don’t need to be an overnight success to forge your writing career. And most importantly, nothing increases the sales of your published books like writing a new one.

If you think you’re the worst writer in the world—It’s small consolation, but at some point, almost all of us have lived in this terrible place. Think your writing is genuinely and truly bad? Take some courses, or work with a structural/stylistic editor to improve your book. There is likely a market for your writing. It’s just a matter of finding it. Otherwise, give yourself a bit of a break and take some time off. Fatigue and frustration can cloud our judgment. I have personally found that nothing reawakens my affection for writing like working a terrible job where my skills are undervalued/unused.

LESSON #2: Failure can happen at any time…and to anyone

Regardless of our age, wisdom and experience come from learning the hard lessons. The brutal lessons. The lessons designed to capture your confidence, give it a thorough spanking, and return it thoroughly chastised and not a little humiliated. Sometimes the mistakes are small and designed to give you a gentle nudge. Other times, writers are knocked clean off the horse. Some never get back on.

LESSON #3: Failure is sometimes a by-product of ignoring good advice

Last year, I had a moment when I was puttering around Twitter and reaching out to writerly folks who genuinely seemed a bit lost and frustrated. A little encouragement here, some suggestions there. I came across a post talking about the editorial feedback given when an editor or agent rejects either your query or your book. One fellow seemed particularly keen on rejecting any advice a publishing professional offered on his books and his writing. Ever. Full stop. He was certain that, simply by rejecting his work, the agent/editor had no taste, judgment, or value. (Hint: Never disparage publishing professionals on social media. Terrible, terrible idea.) Even the suggestion to consider the offered advice (regardless of whom it was from) suggested to him that the person was compromising his artistic integrity.

We are big fans of indie and self-publishing at Kirkus WC. Huge. But that doesn’t mean we disregard the sage and experienced advice of professionals.

Often, many authors get hung up on the idea that they know what is best for their book. And that is often true. But sometimes good, professional advice can help us make our book more successful not only from a marketing angle but in terms of sales and readability.

We would never suggest taking every piece of advice you’re given. Even here—a blog filled with advice, suggestions, and ideas for improving your writing practice, book, sales, and marketing—we know that not every piece of advice is right for every writer and every process. But good advice can be worth its weight in gold. And sometimes the simple prospect of considering advice and weighing its merit might be exactly what changes your writing career.

Like any constructive criticism, sit on it for a day or two before revisiting it. Consider the possibility that—even if you don’t believe the feedback is accurate or the right thing for you—it still might suggest ways to make your writing and books more marketable, more appealing, or even a better read.

Sometimes failure is simply a series of crummy, unfair circumstances. It can be random, a case of unfortunate timing, or just simple bad luck. It is never, ever a sign for you to stop writing and give up. No matter what anyone says.

In truth, when it comes to writing, failure is very much an “eye of the beholder” experience. It can affect how you look at your craft, your process, and your books. It can shift your perspective—not always a bad thing, even if it feels instinctively wrong at first. It can actually be the means through which you achieve the kind of success you’ve always wanted.

Failure isn’t the enemy at all. It’s just a sign that something needs to change. And often, the thing that needs to change is our never-ending drive for perfectionism.