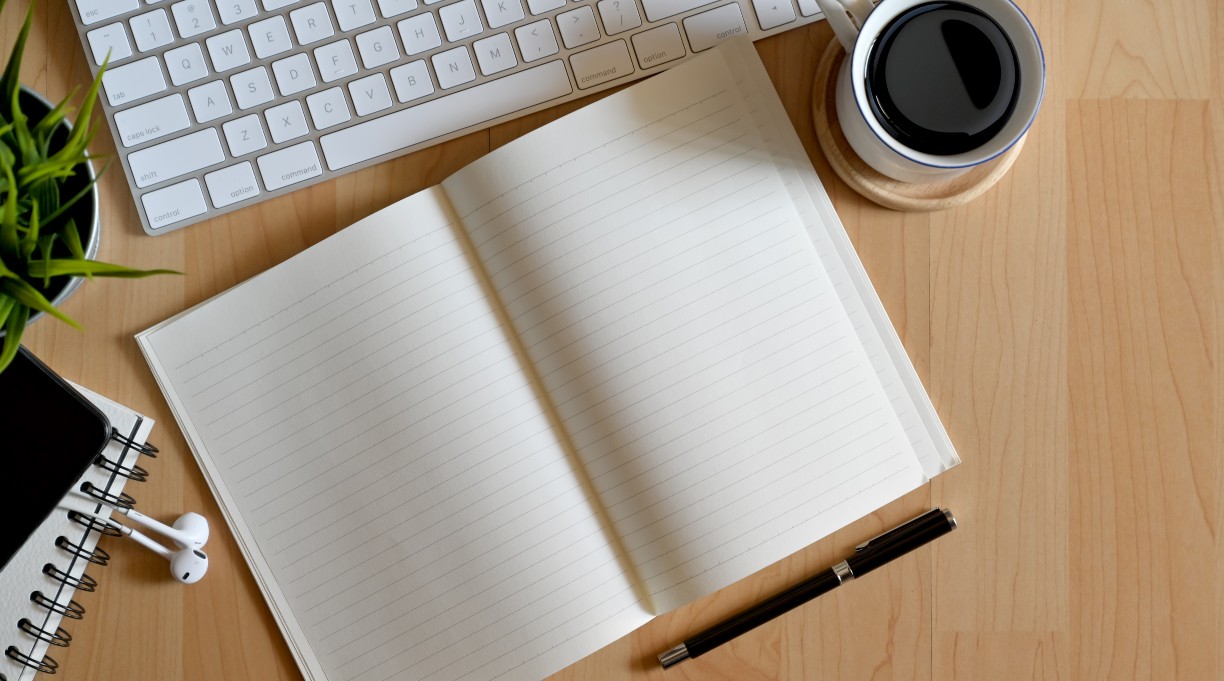 Once upon a time, there was a teacher who had an idea for a book. He wrote three single-spaced pages of a draft before giving up and chucking the pages into the trash. His wife took the pages out, read them, and asked her husband to keep going because she wanted to know what happened. So he did. He finished the book and began sending it out. In all, he received reportedly thirty rejections before his novel was accepted. The novel was Carrie, and the author was Stephen King.

Almost every writer faces a moment (or an eternity) of hesitation when they’re working on a new book. That idea that seemed so great, so inspiring, so fresh, starts looking a lot less shiny as we begin working. Before we know it, we’re chucking our manuscript into the garbage. But what would have happened to Stephen King’s career if he’d given up after the first or tenth or even thirtieth rejection? “I persisted because I was dry and had no better ideas,” King told Adelina magazine in 1980, after he had taken over the horror-book market.

Even when we do have better ideas, sometimes our manuscript goes into the file of dead documents saved on our desktop—you know, the one filled with half-formed ideas, partial manuscripts, and hastily written plotlines. But what if each of us vowed to resurrect our favorite project from that file? Just one, and only the one that makes us the most excited. Maybe we gave up on our book too soon. Maybe we weren’t ready for the lessons that story had to teach. Or maybe it just wasn’t the right time.

First, start by saying these magic words aloud: “I am not Stephen King [or other inspiring author]. His path is not mine, and I don’t need to place these expectations on myself. What’s important is that I work on this book and let myself get excited by it.” This practice will remind you that you don’t have to be the greatest at anything. Stop worrying about how old or young you are, or where you wish you could be in your career. Try not to think of the obstacles ahead. Conversely, try to also not indulge in daydreams where you’re receiving a monster-size advance or thanking everyone for the Nobel Prize in Literature. Setting achievable goals for yourself can keep you from feeling discouraged.

Next, sit down and just read your book. Don’t edit it; highlight the things you love but also the things that you know need to be changed. Chances are, you’ll find a lot of things that surprise you, and many of those flaws might now be easily managed.

Now that you’ve reacquainted yourself with your project, it’s time to strategize about revisions. While revision is a dreaded word in writing circles, a distanced relationship with your old project means you can better home in on what aspects need some additional work. Reconsider the feedback you may have received from a friend, family member, or even an agent or editor who rejected the book. Take some time to reread that feedback with fresh eyes. Both time and perspective may have shifted your receptiveness and given you a little objectivity. Does that constructive criticism have merit, and if so, how can you incorporate it?

As part of your revisions, consider creating a new outline for your book. “Off the top of your head, do you know how many chapters are in your book?” asks Lisa Preston in 7 Strategies for Revising Your Novel. “How does each chapter start and end? Where are the key actions and turning points found? How many scenes shape each chapter?” Preston recommends creating a new “careful” outline to show you how the book is paced and whether your plot is getting buried in your prose. “Gleaning the structure is a terrific exercise in critical examination. Graph and bullet point the features as though deconstructing someone else’s novel. This is not a time for emotional attachment to the piece; just factually note everything that displays the arc of the story, then see what surprises you or doesn’t fit.”

Preston also recommends listening to the book. Have your computer read your story back to you using software programs (many of which offer free trials). “Unintended alliterations, assonance, and consonance…in every sentence and surrounding paragraph are much more apparent when voiced,” she points out. “You might marvel over having missed some of these now-obvious editorial problems in print or on the monitor. You’ll hear repetitions that you didn’t see.” She recommends first using the computerized robotic voice (which forces your writing to “stand on its own”) and then listening to the book again using a different-gender voice.

As you revise, be patient with yourself and your process. “I used to complete three revisions of a novel before I queried it to literary agents or publishers,” notes Brian Rowe in How to Revise Your Novel in a Single Month. “So that would have been three months or so to complete the entire revision process before I sent my work out.” But, he adds, “that doesn’t include the months you should let your work rest between drafts, or the time you should allow beta readers to read and give you feedback on your novel (this should typically be after your third draft), or the time you need to take to write an awesome query letter and complete your synopsis.” Like a good bread, a good book requires both kneading and time to rest before it’s ready.

As you dust off the pages of your unpublished project, remember this one further lesson from Stephen King’s experience: he had a lot of emotional support and encouragement. He would have given up after only three pages of writing without the encouragement of his wife, Tabitha. As you restart your work, gather a small support network, and tell them that you’re planning to revise an old manuscript in hopes of getting it in tip-top shape. Ask them for not just support but also their help keeping you on task—to not let you give up after three pages, thirty pages, or even three hundred (if that’s what it takes).

Persistence is key, but so is experimentation. Try something new with something old, and you might just surprise yourself.