Writers, Superstitions, and Why Rituals Could Be Your Best Writing Friend 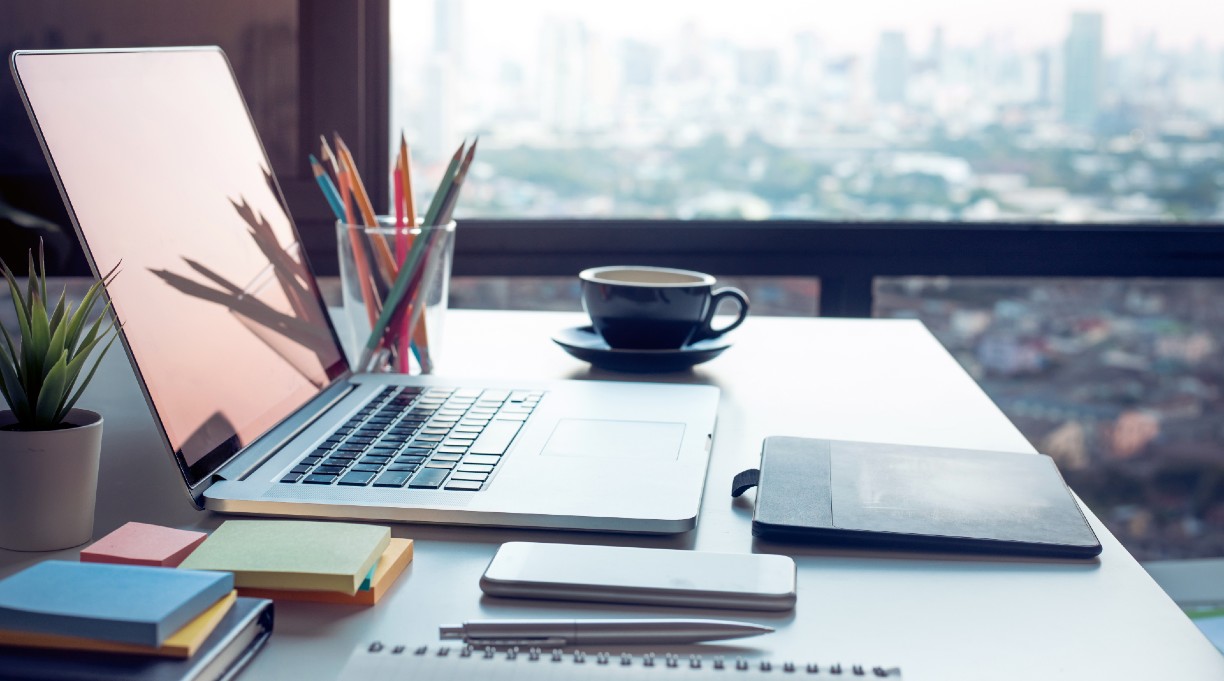 When I was a kid, I created my own—often terrifying—superstitions everywhere I went.

“If I get into the house before the garage door closes, the horrible creature who lurks within won’t come chasing after me” was a popular one. “If I make it up the stairs fast enough, a hand won’t grab me on the third-last stair” was another that haunted me into adulthood until my parents finally sold the small brick home I grew up in.

Our minds have their own ways of directing our behavior, even when it doesn’t always make sense. Did I actually believe some demonic hand would come bursting through that particular stair of my parents’ house? Well...mostly not. But when you have an active imagination, as most writers do, you can sometimes fixate on certain ideas and concepts. “If I do X, then Y will/won’t happen” seems to be at the root of it.

Some habits and ritual behaviors are normal and even useful for writers. “Back up your work” is a big one. “Write out your emotions” is another—channeling our own inner pain, upset, and anxiety into prose or poetry is like written therapy.

But for some writers, certain habits and behaviors can quickly become compulsive to the point that a single belief can actually symbolize the success or failure of their entire writing process. What began at some point as simply a matter of coincidence, habit, or whim can quickly spiral into behavior that must be followed at all costs. And writers aren’t the only people vulnerable to this kind of thinking. Professional athletes often have their superstitions (like how some hockey and baseball players refuse to shave during playoff games), as do many of us who sometimes just feel like we need that lucky edge before a big meeting, before sending off an important query, or before simply sitting down in front of the computer to work on our current book project.

We know it might be silly. But we do it anyhow. And that isn’t exactly a bad thing, points out Maggie Zhang in “Why Your Superstitions Might Actually Be Good For You.”

“Superstitions provide meaningful psychological benefits because they give us an illusion of control, especially in uncertain situations,” Zhang writes. “This is because exerting force away from the self allows people to simulate the experience of having avoided bad fortune. Avoidant actions make people feel like they’ve gotten rid of the bad mojo, and it can be stress-relieving for them to connect their abstract fears to physical movements. They also have less clear mental images of bad events, which allows them to focus on more positive things.”

It’s an interesting idea that today’s writers don’t always consider. Often we simply poo-poo the idea that an author would, say, lie in a coffin before writing in order to help her find focus—as Edith Sitwell used to do. But we sometimes are quicker to judge than we should be, especially when there’s a chance that indulging in some “silly superstitious belief” can actually benefit us.

Author Elizabeth Gilbert actually discusses this in her TED Talk “Your Elusive Creative Genius.” She points out that historically these kinds of beliefs seemed rational, but we now put the onus on the writer to show up and be 100 percent responsible for their process.

“Then the Renaissance came and everything changed. We had this big idea—and the big idea was, ‘Let’s put the individual human being at the center of the universe above all gods and mysteries, and there’s no more room for mystical creatures who take dictation from the divine,’ and it’s the beginning of rational humanism and people started to believe that creativity came completely from the self of the individual. And for the first time in history, you start to hear people referring to this or that artist as being a genius rather than having a genius, and I’ve got to tell you I think that was a huge error.”

For Gilbert, the result was the creation of something like a muse. To give ourselves permission for something else to move through us, whether that’s a muse or some kind of divine force. But doing this, writers (along with other creatives) would find themselves prone to staggering under the weight of other people’s expectations—or their own.

Gilbert actually recounts confronting this creative force in the midst of despair, while penning her now-famous book Eat, Pray, Love. “So I just lifted my face up from the manuscript and I directed my comments to an empty corner of the room and I said aloud, ‘Listen, you thing! You and I both know that if this book isn’t brilliant, that is not entirely my fault, right? Because you can see I am putting everything I have into this, I don’t have any more than this, so if you want it to be better, then you’ve got to show up and do your part of the deal, OK? But you know what? If you don’t do that, then I’m going to keep writing—because that’s my job—and I would please like the record to reflect today that I showed up and did my part of the job!’”

But superstitions aren't just about easing the pressure. In some cases, they can represent a kind of ritual that marks a habit, telling our brains, “Hey, we're doing this now, and we need to concentrate.” For instance, Alexandre Dumas reportedly could only write fiction on blue paper (poetry was on yellow paper). But while he could probably have easily written The Count of Monte Cristo on any color of paper, that blue paper likely eased some of his anxiety and functioned as a signal to his brain that made conditions for writing far more favorable.

Superstitions can also help us navigate certain obstacles or frustrations we may encounter in the process of writing, like writer's block. There are a number of ways around this primarily psychological block, but if someone told you, “Three rounds of the chicken dance, and your block will be gone”—and it worked—you can bet your butt that you would invest in a few minutes of secret chicken dancing if it meant banishing that block entirely.

Whether it's wearing a hat (Dr. Seuss), facing only north when sleeping (Charles Dickens), or writing only when lying down (Truman Capote), many authors and artists throughout history have harnessed the power of superstition in their writing practice.

“To non-writers, these behaviors must smack of obsessive-compulsive disorder,” writes Chip Scanlan in “Writing Rituals: Superstition or Productivity?” “But to those of us struggling at the keyboard (or legal pad) to create something worthwhile, they can make the difference between a productive day or one that ends in despair. If we mimic the routines of successful predecessors, perhaps we can do the same.”

Rituals and superstitions can—while seeming ridiculous or incomprehensible to outsiders—give our brains and spirits permission to deal with the writing task at hand. Imagine how much easier writing would be if you didn't feel completely responsible for the outcome of that writing session. And how great would it be if, after “discovering” you have a muse of your own named Octavius, you discovered that your muse could help you unlock your own fears and self-doubt, and follow the creativity wherever it went?

So grab your lucky frog pen, your scarf of inspiration, or even begin your dance dedicated to enriching and empowering your inner creative spirit. It's time to start writing.