E. L. Jefferson is a retired Law Enforcement Officer who has tapped into his thirty-two years of experience to write truly disconcerting horror stories. He is an avid fan of the horror genre, and his stories present a unique perspective—both highly disturbing and thought-provoking—on the human condition. Jefferson honed his skills as a writer while traveling the world for the Federal Air Marshal Service. His global experiences have given him an inimitable viewpoint that propels his books well beyond the clichés so loathed by avid horror fans and into a frighteningly believable modern-day realm of pure terror. Born in Washington D.C., this award-winning author attended college in his home state of Maryland, where he now lives with his family.

“Jefferson's tales are reminiscent of episodes of The Twilight Zone in which everyday people face unspeakable horrors or grim challenges often without the satisfaction of a happy ending.”
– Kirkus Reviews 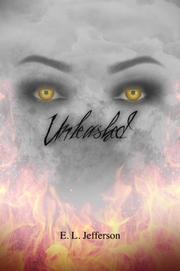 Dr. Paul Laden quickly notices something peculiar about the new hit-and-run victim in the emergency room. Though the patient is alive, his heartbeat and breathing are so faint they don’t register on the hospital’s machines. Amazingly, Laden also spots a wound seemingly healing itself. Keeping mum about what he’s witnessed, the doctor wheels John Doe to his research lab at the hospital. Once he declares John dead, he can experiment on his sedated patient as much as he pleases. Laden soon determines that John’s blood can kill viruses, and his internal organs may be capable of regeneration. Without divulging specifics, so that the fame and resultant wealth will be his alone, Laden offers to pay for organ transplants for three patients residing in various states. He chooses intellectually disabled Evelyn Stroman; Tyler Carson, who has Down syndrome; and Jason Scott, who suffers from Parkinson’s. Laden is certainly hopeful but can’t quite anticipate the changes that these patients ultimately experience. What happens to them leads to a startling level of violence both within and outside the patients’ lives. Jefferson’s horror story is harsh, frightening, and frequently graphic. While the book initially centers on Laden and his experiments, the latter half shifts to the transplant recipients, primarily Evelyn. The author’s prose throughout is crisp, unflinchingly detailing scenes of rape, mutilation, and spurting blood. The majority of the characters are unsympathetic, particularly Evelyn’s appalling, callous mother, Margaret. As such, some individuals subjected to brutality won’t earn much pity from readers. This nevertheless does not allay the novel’s disconcerting tone, which courses through the entirety of the narrative. Specifics on John and his perplexing condition don’t surface until the end, though much of the plot remains unresolved by the sequel-teasing denouement.

An edgy, terrifying, and shocking tale for hardcore horror fans.

We are all surrounded by evil. Evil exists-and if you think it does not, you are deluding yourself. It is real, it is tangible, and it is faceless. It is an insatiable hunger living in all of us, lying dormant, endlessly waiting for the moment it can be unleashed. No one is immune to its influence or shielded from its wraith. The moment you are possessed by its power, it is all consuming and it forces you to do the unthinkable. For proof of this, you need only watch the daily news. It's filled with stories of unimaginable suffering brought about by the hand of man against his fellows. What you are about to read in these pages are true stories about those things we fear the most. Acts so heinous we refuse to believe human beings could commit them. Depravities so vile they shock us to the very core of our being. Brutality so vicious it will make you ashamed to claim membership in the human race. What is even more appalling is that people don't care about evil until it touches them.
Published: July 19, 2019
ISBN: 978-1-4834-0024-2

Evil exists in infinite forms. Coming face to face with evil is a horrifying thing. Evil will lie in wait, scheming and manipulating the perfect opportunity to attack its chosen prey: YOU. The assault will always occur when you are at your most vulnerable. The true nature of evil is that its many disguises blind you to its presence. True evil knows you far better than you know yourself, so it gains your absolute devotion. When it attacks, you are paralyzed with dread because it was the companion you least expected to turn on you and the one you trusted above all others. The real horror strikes when you realize that evil’s touch has always been with you. In this book of short stories, you will read of depravities so vile they will shock you to the core of your being. You will face brutality so vicious it will make you ashamed to claim membership in the human race. Even more appalling, you will realize that most of humanity doesn’t even care about evil—until it touches them. After reading this book, you too will know what it’s like to be touched by evil.
Published: July 2, 2020
ISBN: 9781662901980

Dr. Brian Fields is a renowned psychiatrist with a hideous past and dark secrets. He is a man driven by an insatiable hunger and the need to manipulate others to do his bidding. Among his patients are some of the most deranged sociopaths our society has created. He cares for them and allows them to walk among us. He protects them as long as they play by his rules. Danielle Salley destroyed a woman's life by fire. Father Catelli is a Catholic priest whose pedophilia knows no boundaries. Coach Rogers conceals a personal life so shocking that he teeters on the brink of insanity every waking moment. These individuals have left a trail of broken bodies and devastated lives in their wake. Under Dr. Field's care, they will never be brought to trial to answer for their crimes, but their victims scream for justice, even if it's Twisted Justice.
Published: May 7, 2016
ISBN: 978-1-4834-5232-6