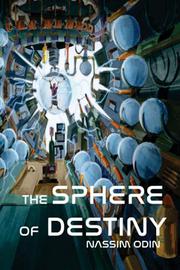 THE SPHERE OF DESTINY

In this debut SF novel, an Egyptian artifact propels a ninth-century alchemist to a strange, futuristic planet.

In 832, Al-Khidr guides an exploration team through a pyramid in Giza, Egypt. The Iraqi alchemist leads the visitors to valuables that they collect for an Islamic ruler. But Al-Khidr is more interested in such discoveries as oddly malleable glass and metals that have apparently never rusted. While trying to identify a metal orb and a glass shard, he joins the artifacts together, resulting in a glowing, surprisingly mobile sphere that knocks him unconscious. He awakens in another place, one with unknown, sophisticated technology, that he soon learns isn’t even on Earth. The glowing sphere transported him to a kingdom on planet Lyra. As far as the Lyrians are concerned, Al-Khidr’s home world is cursed. A space mission there millennia ago brought back the deadly disease Mutmut, which kills nearly every male Lyrian it infects. There’s still no cure, but Al-Khidr promises benevolent Queen Hathor that he’ll find one if he returns to Earth. Unfortunately, a growing uprising against the queen, along with the Lyrians’ fear of the “alien-human” from that wretched planet, threatens everyone. Odin’s deliberately paced tale delivers tense set pieces; even before Mutmut-phobic Lyrians prove dangerous, Al-Khidr faces off against thieving bandits in Giza. Moreover, the narrative spotlight illuminates the entire cast and includes a lengthy backstory about the largely secret Earth mission, which involved betrayal and murder. The author’s straightforward prose weaves real-life history into the narrative with panache. The story features delightful references to the origins of Egypt’s pyramids as well as Lyrians sharing names with historical figures. As this is Book 1 of a trilogy, Odin leaves some things unresolved, like Al-Khidr’s potential adversary back on Earth and Lyra’s troublesome pirates and bounty hunters, whom readers never see. Still, the frenzied ending makes tracking down Book 2 a virtual necessity.

The Cure for Stars

One man. Two worlds. A million reasons to say no… but at what cost? Al-Khidr was inside the Hall of Stars, and now he was moving inside a wormhole—a cosmic tunnel that opened up right above the Hall of Stars was spiraling down through galaxies like a coiled serpent from planet Lyra towards Earth. He was unaware of the alien major General Hatathor who was also sucked into the wormhole due to his own act of charging sequence disruption. Where the wormhole was leading? None of them knew. But the one thing sure to the aliens was that the jump was going to happen both in time and space.

Challenged by Destiny. Driven by Duty. Desperate to Survive. Al-Khidr’s destiny has returned him to the alien planet Lyra, which was as beautiful and majestic as it was before, but there was something odd about it. Al-Khidr must know why before it’s too late. His heart was pounding as he starting looking for the clues and the loved ones. On the other hand Hatathor has to execute his unfinished revenge. Will Al-Khidr be able to stop him?