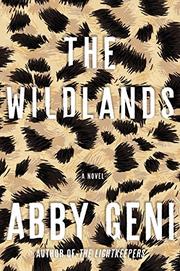 Geni’s (The Lightkeepers, 2016) fascination with the borders between human and animal drives this distinctive sophomore novel.

Darlene, Tucker, Jane, Cora: Already motherless, they are transformed in seconds into modern orphans when a massive tornado sweeps their small piece of the Oklahoma plains, disappearing their childhood home, their barn animals, and their father. More transformations await. Darlene, now a legal guardian, scrapes together a subsistence for the siblings instead of going to college. Their new life is sufficient for Jane and for Cora (whose memories extend no further back than the tornado) but is untenable for Tucker. He runs away to nurse a streak of wildness, becoming a dangerously zealous animal rights activist, returning to bomb a cosmetics factory close to home and releasing the bewildered test animals. And while the tornado is catalytic, catastrophe occurs when Tucker kidnaps 9-year-old Cora. He needs someone to tend his gruesome wounds from the bombing but seemingly desires a spiritual accomplice as well. Cora joins her big brother lovingly and willingly. On the lam, she sees more and more to make her uneasy; bombing is but one of the destructive crimes Tucker is willing to commit in the name of the animals. But Cora is enthralled by the fairy tale Tucker spins around their adventure and confused by the new identity Tucker has given her as a boy named Corey. Back home, Darlene’s devastation is palpable, as are her anger, desperation, and strength of will. She and Jane find an ally in a local police officer, but their hope of finding Cora wanes along with the summer. Cora’s experience, narrated in first-person chapters, is tender and terrifying. Tucker is almost exclusively viewed through her eyes, but readers can see the abhorrence of his actions clearly. At the same time, Geni uses him to limn the intelligence and order of the animal world and to raise valid, troubling questions about humans’ treatment of their fellow beasts. Darlene, an impressive example of grit, provides a counterpoint. The question of the novel is what Cora will become—what any of us could become—when placed in the eyes of that storm.

Geni continues to create works of art with perfect voices that are simultaneously thrillers and meditations on nature. It is an incredible trick.