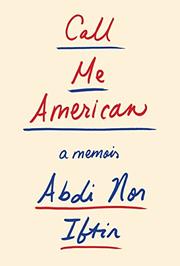 by Abdi Nor Iftin

Born to extreme poverty in 1985 in war-torn Somalia, Iftin chronicles the extraordinary obstacles he overcame to obtain residency in the United States.

The author’s parents—and almost everybody of their generation in a lower-caste Somalian tribe—lived outdoors as nomads, raising camels and goats. They had never heard of the U.S. and only had a vague idea of Somalia as a diverse nation that had been colonized by Italy. Six years after Iftin’s birth and shortly after a devastating war with Ethiopia, Somalia descended into a tribal civil war that left millions dead, starving to death, or homeless. Amid a seemingly hopeless life filled with daily study of the Quran and corporal punishment from teachers if the memorization was less than perfect, a preteen Iftin became a combination of dreamer for a better life and street hustler to supply his family with scraps of food. He found a way into a ramshackle video store, where he violated Muslim tenets to view American movies, painstakingly repeating phrases to himself to learn English. “The things I saw in the movies seemed unreachable,” he writes, “but at least I could learn the language they spoke.” Eventually, the narrative shifts from his life of quiet desperation on the streets to his then-unrealistic plan to leave Somalia. The author reached a fetid refugee camp in Kenya and was able to obtain a visa to enter the U.S., where he knew nobody. Explaining how Iftin reached the U.S. would involve a series of spoilers, but suffice it to say that he did achieve entry four years ago, after which he found lodging, paid work, and formal education in Maine, where he plans to attend college. The author felt secure and optimistic there until the election of Donald Trump.