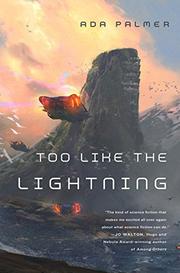 From the Terra Ignota series, volume 1

The first of a two-book series concerning a future Earth society patterned after the principles of the Enlightenment.

In 2454, nations are no longer tied to geography; instead, people ally themselves to Hives, according to their philosophical and intellectual inclinations. Discussion of gender and gender roles is essentially taboo, and organized religion is extinct. Instead, everyone is allotted a sensayer to discuss all of one’s spiritual concerns. In a world where there is no collective belief in God, what does it mean when a child appears who can do miracles? This is only one strand of the complexly webbed plot of this debut novel, written by a historian who has clearly brought all her knowledge and research to bear upon her fiction. Other strands include the corruption and decadence of the Hive leaders, who are supposed to represent separate points of view but are tied together via blood, sex, death, and secrets in ways the public doesn't realize. Then there is the theft of an influential list that affects the political ranking of those leaders. And then there is the dark, bloody history of the novel’s narrator, the once-brutal mass murderer Mycroft Canner, who most people believe is dead but who is actually essentially enslaved to the political elite, which makes exhaustive use of his brilliant linguistic, analytic, and strategic skills. Was Canner insane, or did he have a hidden motive for his crimes? How did this savage torturer seemingly lose his impulse to kill? Alas, the reader will apparently have to wait until Volume 2 to receive most of these answers, but the questions raised are at once thought-provoking, disturbing, occasionally perverted, and always entertaining.

Worldbuilding at its richest.