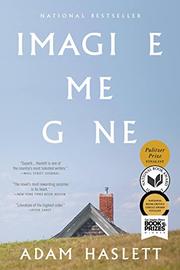 This touching chronicle of love and pain traces half a century in a family of five from the parents’ engagement in 1963 through a father’s and son’s psychological torments and a final crisis.

Something has happened to Michael in the opening pages, which are told in the voice of his brother, Alec. The next chapter is narrated by Margaret, the mother of Michael, 12, Celia, 10, and Alec, 7, and the wife of John, as they prepare for a vacation in Maine. Soon, a flashback reveals that shortly before John and Margaret were to wed, she learned of his periodic mental illness, a “sort of hibernation” in which “the mind closes down.” She marries him anyway and comes to worry about the recurrence of his hibernations—which exacerbate their constant money problems—only to witness Michael bearing the awful legacy. Each chapter is told by one of the family’s five voices, shifting the point of view on shared troubles, showing how they grow away from one another without losing touch, how they cope with the loss of John and the challenge of Michael. Haslett (Union Atlantic, 2009, etc.) shapes these characters with such sympathy, detail, and skill that reading about them is akin to living among them. The portrait of Michael stands out: a clever, winning youth who becomes a kind of scholar of contemporary music with an empathy for black history and a wretched dependence on Klonopin and many other drugs to keep his anxiety at bay, to glimpse a “world unfettered by dread.”

As vivid and moving as the novel is, it’s not because Haslett strives to surprise but because he’s so mindful and expressive of how much precious life there is in both normalcy and anguish.