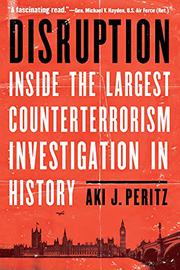 Inside the Largest Counterterrorism Investigation in History

A journalist specializing in national security issues details the investigation and frustration of a major al-Qaida terrorist attack.

The events of 9/11 constituted America’s most significant terrorist attack, and Lawrence Wright’s The Looming Tower delivered a brilliant account of its background. Americans may be vaguely aware of 7/7, the British equivalent. On July 7, 2005, three suicide bombers blew themselves up on the London Tube, a fourth on a London bus. All were British subjects. In a bizarre and unrelated follow-up, five men attempted a repeat two weeks later. One changed his mind, and four poorly designed bombs fizzled. Peritz delivers vivid accounts of these attacks, but he has bigger fish to fry. The masterminds of the second attack (among the thousands of British nationals traveling back and forth from Pakistan), seeking to learn from their mistakes, planned a larger suicide operation with better bombs to be detonated aboard trans-Atlantic passenger planes. By this time in 2006, British security was paying close attention, with the assistance of the far larger and more pugnacious American CIA, whose doctrine was that there would never be another 9/11. More concerned with civil rights, the British aimed to gather information that would stand up in a courtroom, so they (and the author) meticulously followed and observed the plotters. Unexpectedly, the CIA jumped the gun by arresting the leader in Pakistan, forcing the British to round up everyone in London. As a result, the subsequent trials did not turn out as well as expected, although many defendants received long prison terms. Readers will struggle to remember Peritz’s vast cast of characters as well as the minutiae of their movements, but his massive research and interviews tell a gripping story with a more or less happy ending. The plot was foiled, and Western security agencies have gotten their acts together so that mass (but not individual) terrorist attacks are less likely.

An outstanding contribution to the literature of terrorism and counterterrorism.