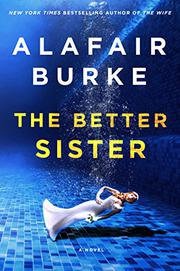 When a corporate lawyer who divorced his first wife and married her more successful sister is found dead in his home in the Hamptons, his teenage son goes on trial for murder.

The fans who put Burke's (The Wife, 2018, etc.) last domestic thriller on the bestseller list are going to be happy with this one, a gimmick-free murder mystery with a two-stage surprise ending and uncommonly few credibility-straining plot elements. No double narrator! No unreliable narrator! No handsome psychopaths from central casting! And though there's usually at least one character in this type of book who isn't quite three-dimensional, most of the players here feel like they could have worked in a domestic novel without a murder, which is a kind of test for believability and page-worthiness. The star of the show is Chloe Taylor, a woman's magazine editor-in-chief who has become a hero of the #MeToo movement and a target of misogynist haters on social media. The lumpy area beneath the surface of her smooth, pretty life is the fact that she married her boozy, unstable, maternally incompetent sister's ex-husband and has been raising her nephew, Ethan, as her own son. When his father turns up dead, Ethan tells so many lies about his doings on the evening in question that despite the fact that he's obviously not a murderer, he ends up the No. 1 suspect. As soon as he's arrested, his real mom, Nicky, swoops into town and the sisters form an uneasy and shifting alliance. You'll think you have this thing all figured out, but a series of reveals at the eleventh hour upend those theories. Most of the important people in this novel are women—the head cop, the defense attorney, the judge—and their competent performances create a solid underpinning for the plot.

You'll kill this one fast and be glad you did.