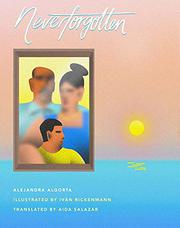 A 10-year-old boy’s ride to discover friendship and truth.

Fabio, who lives in Bogotá, Colombia, in a neighborhood that “used to be a town on the outskirts of the city, but the monster began to grow and ate the town,” has loved to ride his salmon-colored bike since the day his bus driver father, Roberto, taught him how. He rides it so often that it has become like a part of his own body, and he uses it to deliver his mother’s bread to the neighbors. That is, until the day when, without knowing how it happened, he forgets how to ride and falls multiple times. Fabio pushes his friends away, instead staying home and falling into deep sadness. As he delivers bread on foot to Mamalicia, their aging next-door neighbor who always calls him son, the two form an unlikely friendship as they deal with deception, truth, and loss. With quiet, emotive illustrations reminiscent of Allen Say’s and Brian Selznick’s, Rickenmann pulls readers onto the streets of Bogotá, where dust announces the arrival of the children who ride in bicycle packs, providing a view of busy streets and the barrio. The book is presented in both English and Spanish versions; Salazar’s translation masterfully replicates the distant-yet-confiding tone of Algorta’s Spanish original, fully conveying the story and its vivid images.

An unmissable tale about loss and reclamation.