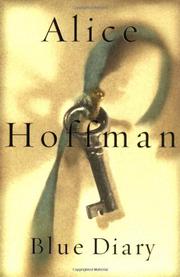 A small-town hero with a criminal past raises unsettling questions about guilt and trust, in this unsparing new novel by Hoffman (The River King, 2000, etc.).

Everyone in Monroe, Massachusetts, adores Ethan Ford. He’s the town’s most reliable contractor, a supportive Little League coach, and a life-saving member of the volunteer fire department. He and his wife of 13 years, Jorie, are still so in love that they’ve tumbled back into bed on the June morning when the local sheriff rings the bell to arrest him on a 15-year-old murder charge. Ethan freely admits it. “The way he sees it the truth is a simple thing: He is not the same man any more.” The self-obsessed, violent drifter who raped and killed Rachel Morris became another person after that night, asserts Ethan, and enough people in Monroe agree to form an ardent defense committee, including sexy Rosarie Williams, casual breaker of teenage boys’ hearts, who thinks Ethan is her dream lover. But Rosarie’s 12-year-old sister, Kat, who recognized Ethan’s photo on TV and turned him in, is not the only person who thinks guilt can’t be shed so easily. His son, Collie, doesn’t even want to see him, and Jorie reels from the knowledge that her life has been founded on a lie. When she goes to Maryland to confront what Ethan did, the victim’s bitter younger brother reminds her, “My sister never had the chance to be a different woman” and gives her Rachel’s blue diary to drive home his point. Ethan’s claims of repentance and redemption come to seem much too glib as Hoffman skillfully spins a disciplined narrative (the whimsy and the descriptions of nature for once held in check) focused on the struggles of Monroe’s stunned residents to make sense of this abrupt fissure in their accepted reality. Hopeful developments for the strong supporting characters prevent the story from seeming entirely grim, but the final decisions made by Jorie and others suggest that forgiveness should not be lightly given—or requested.

A welcome return to top form by a gifted, popular author.