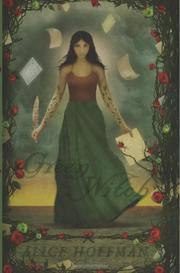 Also trancelike and infused with magical realism, this belated sequel to Green Angel (2003) brings Hoffman’s tale of recovery from utter inner and outer devastation to a tidy close. A year after the destruction of her equally adored city and family by the Luddite, book-burning Horde, Green leaves her wildly luxuriant gardens to receive wisdom and talismans from four women rumored to be witches and then to free her beloved Diamond and others being held captive in an island prison. Her present-tense narration and intense inner focus combine with the plot’s many folkloric and ritualistic elements to create a tale that is short on action but long on emotional depth and metaphoric resonance. In the end the Horde’s armies are conveniently destroyed by a single massive explosion, but it’s Green’s healing as she celebrates her 18th birthday amid a new, extended family that brings her a truer, deeper peace. Just the thing for readers eager to be captured by a tale of sundered hearts rendered in lyrical prose. (Fantasy. YA)