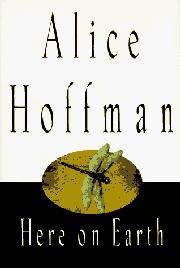 From the author of Practical Magic (1995), among others, a kind of inside-out Bridges of Madison County in which the middle- aged mother of a teenager falls in love with a bad man, leaves her husband for him, and winds up abused and isolated. The results are predictably depressing. It might seem that March Murray has purely sentimental reasons for leaving her apparently happy life in California (nice house, professor husband) to attend her former housekeeper's funeral in Jenkintown, Mass., the bleak, suffocatingly tiny town where she grew up. After all, Mrs. Dale did help March's father raise her after the girl's mother died, and she remained a loyal friend until her death. But anyone who knew March in her teenage years must suspect that her real reason for returning with sullen teenage daughter in tow is for a reunion with Hollis, the bad boy March was once inseparable from. An abandoned child and the product of a series of detention homes, Hollis was brought to the Murray house as a charity-case boarder when he was in his teens. He kept his own counsel, except when sending smoldering glances March's way. The two became lovers until a misunderstanding split them apart—March to marry the rich boy next door, Hollis to amass a fortune, marry March's sister-in-law, and survive her to wait, brooding, for March's return. Their heated reunion leads to the breakup of March's marriage, and, despite the warnings of practically everyone in town, March moves into Hollis's gloomy mansion, puts up with his neurotic possessiveness, and watches him scare her daughter back to California before she realizes that the Hollis she lives with now is nothing but the evil, heartless relic of the wounded boy she once loved. A chilly, hopeless love story with an unhappy conclusion. Hard to see what readers will find to like in such a tale. (First printing of 100,000; Literary Guild featured alternate selection; $150,000 ad/promo; author tour)