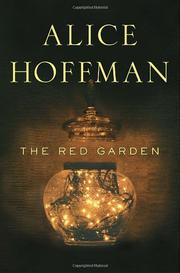 In 14 freestanding but consecutive stories, Hoffman (The Story Sisters, 2009, etc.) traces the life of the town of Blackwell, Mass., from its founding in 1750 up to the present as the founders’ descendents connect to the land and each other.

Hallie Brady, who saves her fellow settlers from starvation by catching eels in the river, has a special, perhaps mystical affinity for the local bears. After her daughter’s husband Harry Partridge mistakenly kills her most beloved bear in her back garden, she disappears and Harry buries the bear. In 1792, Johnny (Appleseed) Chapman, the first of many outsiders who drift through, plants a Tree of Life in the center of town. In 1816, another outsider helps find the drowned body of six-year-old Amy Starr before eloping with her older sister. Amy’s “ghost” will appear to future generations. In the Civil War, an injured Partridge finds a reason to live when he falls in love with the war widow of Amy’s nephew. In 1903, Isaac Partridge marries a woman who has reinvented herself, not unlike Hallie Brady. In 1935, a writer from Brooklyn comes to town as part of the WPA and falls in love with a fisherman’s wife who may or may not be an enchanted eel. In 1945, the townspeople believe that the tomatoes that Hannah Partridge, Isaac’s daughter, plants in her garden have the power to make wishes come true; in fact Hannah’s own wish to raise a child without marriage is realized when her sister comes back from World War II with a baby girl named Kate. In 1956, Kate falls in love with a man whose loneliness has turned him into a kind of bear. Discovering bones in her garden in 1986, Kate’s daughter Louise thinks they belong to a dinosaur until the man who loves her proves they came from a bear. Together the lovers re-bury the bones.

Fans of Hoffman’s brand of mystical whimsy will find this paean to New England one of her most satisfying.