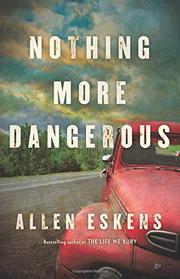 Eskens’ latest novel is a warmhearted story of a white teenager's awakening to the racial tensions that run through his Missouri town in 1976.

Years before he’ll become a successful attorney (The Shadows We Hide, 2018, etc.), Boady Sanden struggles to navigate all the usual high school ordeals in small-town Jessup, including boring subjects and bullying by the likes of all-state wrestler and prom king Jarvis Halcomb. In Boady’s case, these everyday problems are aggravated by his outsider status as a non-Catholic freshman at St. Ignatius High School, his home life with his widowed, introverted mother, Emma, and, most recently, the arrival of some new neighbors, the Elgins. Charles Elgin is definitely an improvement on indolent Cecil Halcomb, Jarvis' father, whom he replaces as manager of the local manufacturing plant after bookkeeper Lida Poe disappears with more than $100,000 of the plant’s money. Jenna Elgin is excellent company for Emma Sanden, whom she helps draw out of her shell. And after a comically unfortunate first encounter, Boady quickly takes to their son, Thomas, who’s exactly his age. But the Elgins, like Lida Poe, are African American, and the combination of an unsolved embezzlement, good old boy Cecil’s displacement by an outsider, and the town’s incipient racism works slowly but inexorably to put Boady, recruited by the Crusaders of Racial Purity and Strength, under pressure to betray his new friendship. Declining to join the racists but repeatedly running away rather than refusing their demands point blank, Boady must navigate a perilous route to supporting his community and claiming his own adult identity.

Perfect for readers who wish To Kill a Mockingbird had been presented from a slightly older, male point of view.