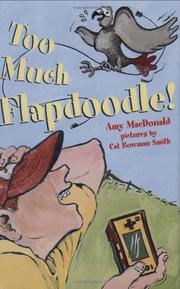 Left on an old-fashioned farm with cheerfully odd, elderly relatives, 12-year-old Parker gradually discovers that it is possible to live without electronic toys and even finds a way to help his great-aunt and -uncle maintain their special place. Only slightly exaggerated for humorous effect, Parker is a familiar character: an underachieving, asthmatic boy whose chief entertainment is video games. To avoid being sent to SAT camp while his parents vacation, he chooses the farm, but quickly discovers its drawbacks: no Internet, no television, no cell-phone service. Instead there are chores to do and, a long walk away, a stream with a wily trout to catch. Development threatens this idyllic world, but Uncle Philbert and Aunt Mattie ignore what they can’t change. The contrast between sullen, self-centered Parker and his engaging, feckless relatives sets up the humor, but it is the imaginative wordplay that keeps it rolling. A glossary at the end defines unfamiliar words, some invented and others obsolete. Smith’s line drawings enliven chapter headings and break up longer chapters. A read-aloud treat. (Fiction. 10-14)