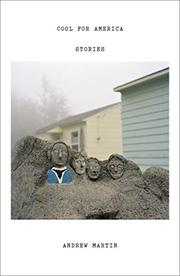 A collection of stories that document suburban angst and the burdens of being too young and too smart for your own good.

Martin has emerged as a leading chronicler of millennial ennui in contemporary America; his new collection includes two stories featuring Leslie, a character from his acclaimed debut novel, Early Work (2018). The 11 stories all feature young people struggling to find authentic connections to friends, family, work, and culture in a modern America not particularly interested in them or their opinions. The settings range across the United States, from Missoula to New York to suburban landscapes that could be just about anywhere. None of the protagonists are likable in a traditional sense, but they’re all trying to do their best in a time that feels like the twilight of an empire. The characters suffer from various anxieties, addictions, and maladies, but primary among the things that ail them is a cruel awareness that they’re not actually suffering. When thinking about her anxiety over the state of the world and politics, Cassie realizes that “the anxiety was tolerable. She could, to her relief and regret, live with it.” The protagonists of these stories know their suburban angst is, in reality, quite shallow, which just makes them feel worse. Each character suffers from the knowledge that no matter what they’re doing there’s something better and more satisfying out there somewhere. “The big problem that Leslie had, as far as she could tell, was that she was still, at twenty-seven, a person without well-established and verifiable thoughts or opinions about things.” She handles this feeling by drinking with friends and stumbling into relationships that leave all involved parties exhausted and puzzled. Martin’s writing, however, is as light and lively as his characters are frozen and hesitant. Frequently hilarious, Martin’s stories are insightful, and the characters are both truthful and authentic.

Each story rings with wry, modern truth even as the characters are frustrated at every turn.