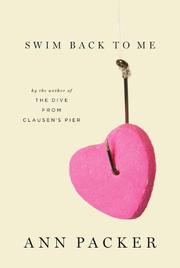 SWIM BACK TO ME

A novella and five stories limn with acuity and empathy the intricate negotiations and painful losses of family life.

To Richard, the 13-year-old narrator of “Walk for Mankind,” his new friend Sasha’s parents, Dan and Joanie Horowitz, seem happier and much more fun than his morose father and his well-intentioned, much-resented mother, who left her husband and son to move out to Oakland because she “needed to do something useful with my life.” But Sasha’s escapades with sex and drugs over the course of the 1972-3 school year reveal fissures in the Horowitzes’ cheerfully bohemian façade even before Dan loses his job at Stanford—and before the collection’s final story, “Things Said or Done,” revisits Sasha decades later. There, on the eve of her brother’s wedding, she copes with impossible Dan, the novella’s charming scapegrace now revealed as a terminal narcissist, and quietly seethes over the disengagement of Joanie, who long ago checked out of the drama. Families are fragile in these gently unsparing stories; the death of a child drives both “Molten,” a scarifying snapshot of raw grief, and “Her Firstborn,” the tender story of a young father-to-be haunted by the knowledge that his wife’s previous marriage was destroyed by the crib death of her 5-month-old son. It’s characteristic of Packer’s subtle artistry that “Her Firstborn” climaxes with a sentence whose emotional force derives from the insertion of a comma. Her prose is deceptively simple, her insights always complex. “Dwell Time,” another portrait of a second marriage, shows a woman realizing that her new husband has not shed all his demons with his divorce and deciding that she will try to live with them. Acknowledging the hurt and sorrow our loved ones bring us, the author never forgets to trace the joys of intimacy as well.