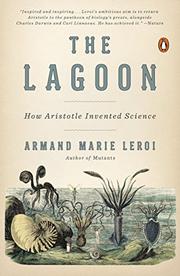 Leroi (Evolutionary Development Biology/Imperial Coll. London; Mutants: On the Form, Variety and Errors of the Human Body, 2003) calls on his expertise and his experience as a BBC science presenter to explain why Aristotle's writings on science are still relevant today.

The author introduces readers to Aristotle's work in the field of biology and shows where it accords with modern understanding and where it is wildly off-base. Although best known as a philosopher, Leroi explains that the major body of Aristotle’s work (much of which has been lost) dealt with natural science. In his search for the causes of change, the philosopher embarked on an ambitious project. “By the time he was done,” writes the author, “matter, form, purpose and change were no longer the playthings of speculative philosophy but a research programme.” Aristotle based his groundbreaking efforts to discover the workings of nature on a wide variety of sources, including his own observations. In addition to humans, a whole host of animals came under his purview and led him to classify different species, thus anticipating Carl Linnaeus in the 17th century. Leroi shows how Aristotle pondered the common features of all living creatures, as well as their divergence, and attempted to account for their functional differences. According to the author, Aristotle’s line of thinking led him to attempt to understand the operation of “five interlocked biological systems”—the nutritional system, thermo-regulation, perception and cognition, and inheritance—and indirectly influenced Darwin's discovery of the theory of natural selection. He dismisses critics who fault Aristotle for being unscientific because he did not conduct experiments using controls. Many of his assumptions proved to be wrong, but this is to be expected in a new field. Leroi compares Aristotle's effort to assemble a huge volume of data to the practices of current scientists in the “age of Big Data.”