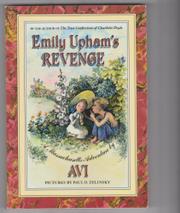 This is subtitled "How Deadwood Dick Saved the Banker's Niece"—but Dick is really eleven-year-old runaway Seth Marple, and instead of saving Emily when she's sent to stay with her uncle but finds no one waiting for her at the station, Seth convinces her that the town is full of bandits and she'd better stay with him in his lean-to hideaway. Indulging Emily's proper Victorian housekeeping notions for the reward he expects for her rescue, Seth even persuades the prim little girl to rob her uncle's bank (a matter, he explains, of stealing the money back from the robbers) to obtain her fare back to Boston. But in the process they run into another, bigger-time robber, and his identity is the biggest surprise so far—but not the last. Set in 1875 and played as the fluffiest of spoofs, it's all expertly timed, performed with flair, and illustrated in kind.