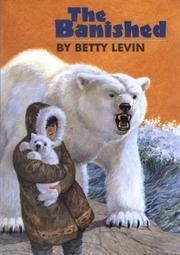 In a prequel to The Ice Bear (1986), Siri’s people live in the frozen Starkland settlement, residing peacefully with the primitive Furfolk, who communicate by whuffles and grunts. Siri’s Uncle Thorvald plans to convince the king to rescind their people’s banishment to that remote arctic isle with the gift of an ice bear and its cubs. To do this he needs the help of his friend, a Furfolk man, who can handle the bear on the long sea journey; Siri accompanies them disguised as one of the Furfolk man’s children. But when the king insists that the Furfolk man stay with the bear, Thorvald is forced to betray his friend for the sake of his people, while Siri chooses to betray Thorvald for her new Furfolk friends. Her allegiances have shifted during the course of the journey, and in the end it is left unclear whether her people will try to destroy the Furfolk, and what Siri can do to stop them. This complex, atmospheric morality tale offers no easy answers, and takes place in a world that is alien and exotic. (Fiction. 10-12)