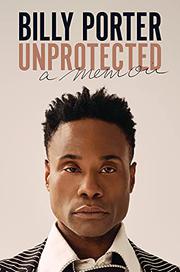 Debut memoir from the celebrated actor and singer, who has won Emmy, Grammy, and Tony Awards.

Growing up in the 1970s in the Hill District of Pittsburgh, which had “been a center of Black life in Pittsburgh for more than a century,” Porter felt like “an outcast” and was mercilessly bullied. Although recognized for his "clear and open-throated gospel boy soprano" in the Friendship Baptist Church Choir, "every time I showed up at church, the sermon would turn to the abomination of homosexual activity, of men lying with men. There was no apparent reason for this topic to surface so relentlessly. I couldn’t help feeling that somehow they knew about me." He also suffered sexual abuse by his stepfather twice a week for five years. However, blessed with a powerful voice, flair for auditioning, and relentless work ethic, Porter worked his way to the very pinnacles of his profession. He won Best Actor in a Musical for his role in Kinky Bootsin addition to an Emmy and Golden Globe nomination for Best Lead Actor in a Drama Series for his work on the TV show Pose. Porter doesn't conceal his many struggles along the way, including bankruptcy and living with diabetes and HIV. He focuses more on his triumphs, such as his sensational appearance as red carpet co-host at the 2019 Academy Awards or his entrance to the 2019 Met Gala, when he arrived on a litter carried by six shirtless men in a "Sun God" ensemble that included "a bejeweled catsuit outfitted with 10-foot wings [and] a 24-karat gold headpiece." Throughout, the author intersperses italicized passages that explore present-day issues, including the pandemic, but these attempts at timeliness are upstaged by his remarkable life story. Porter’s passionate support for music and art programs in public schools, as well as gay rights activism, are clear, but his first duty has always been to his work. "Your service is leaning into your truth," he advises, "your queerness, your authenticity."