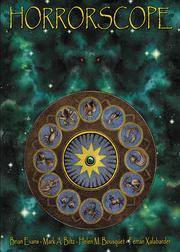 When the mob uses a fortuneteller’s predictions for its criminal benefit, things quickly turn violent and macabre in this graphic novel.

Psychic Helen Wilson charges a meager $25 for a reading at her Naugatuck, Connecticut, home. Those who pay for her services witness her astonishing abilities to foresee future events and apparently speak with the dead. But Luigi Nicolo watches Helen guess plays during a baseball game. Once his mob boss uncle, AC Nicolo, gets wind of this and believes Helen is legit, he sends Luigi to intimidate her. After all, she can boost the gangsters’ capital with predictions that make bank robberies a cinch. When one of those heists goes bad, AC suspects Helen betrayed him, and he responds in typical mob fashion. But Helen may be the wrong person to cross, and her retaliation is more horrifying than anything AC can imagine. In a concurrent plot, Helen seemingly derives her power from her “zodiac table.” This story gradually reveals the origin of the table, which, though clearly antique, is much older than it looks. Xalabarder’s tale is based on a 2014 book by Evans, Biltz, and Bousquet called Horrorscope. Xalabarder’s graphic novel, though predictable (even for nonpsychics), establishes memorable characters. For example, Helen is an empathetic woman who uses her powers to help others, while police Detective Merton Howard succumbs to a growing fascination with the fortuneteller and her enigmatic table. The narrative’s latter half, in which zodiac-inspired creatures take the narrative reins, bursts with bloody, graphic imagery. It’s a fine display of Xalabarder’s art, particularly the assorted colors; muted blues adorn night scenes and contrast with intermittent sepia-toned flashbacks. In a standout 1950-set sequence, the only color among black-and-white images is the glaring red of blood. The story’s open ending as well as a few unknown character fates suggest that a sequel will follow.

A distinctive horror tale with stark characters and radiant artwork.