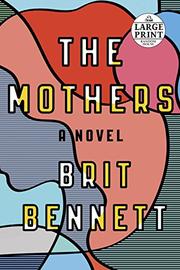 The tangled destinies of three kids growing up in a tightknit African-American community in Southern California.

“She was seventeen then. She lived with her father, a Marine, and without her mother, who had killed herself six months earlier. Since then the girl had earned a wild reputation—she was young and scared and trying to hide her scared in her prettiness.” Bennett’s debut novel tells the story of this grieving 17-year-old girl, Nadia, her best friend, Aubrey, and her boyfriend, Luke, told partly by Nadia and partly by a chorus of eponymous “Mothers,” the church ladies of Upper Room Chapel, where Luke’s father is the pastor. The three teenagers are drawn together by the damage they have already suffered: Luke’s promising football career was ended by a terrible injury; Aubrey has moved away from home to escape abuse by her stepfather. More trouble awaits when Nadia discovers she's carrying Luke’s baby and decides not to keep it. This decision creates a web of secrets that endures for decades—though the ever watchful, ever gossiping Mothers never stop sniffing around and suspecting. Nadia tries to escape the clutches of small-town drama by attending college and law school across the country, but when she returns home to care for her ailing father, she finds herself enmeshed in unfinished business. “All good secrets have a taste before you tell them, and if we’d taken a moment to swish this one around our mouths, we might have noticed the sourness of an unripe secret, plucked too soon, stolen and passed around before its season.” Far from reliably offering love, protection, and care, in this book, the mothers cause all the trouble.

A wise and sad coming-of-age story showing how people are shaped by their losses. Recommended for both adult and teenage readers.