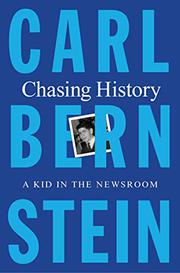 A Kid in the Newsroom

Best known as Bob Woodward’s partner in cracking the Watergate conspiracy, Bernstein grew up with ink in his blood. Even as a child he was obsessed with newspapers—and it was a golden age for newspaper readers, with nearly every city in the country hosting at least two rival publications. Until the early 1980s, Washington had two dailies: the Washington Post and the Evening Star. As a high schooler, Bernstein bluffed his way into a copyboy position at the latter: “What the copyboys did…was anything the reporters or editors asked. They pretty much made it possible for the whole place to function.” His winning trait? Not any writing ability but a phenomenal typing speed, learned in a class that got him out of shop class. The whole of Washington became Bernstein’s beat, guided by skilled editors who sent him on assignments such as covering the parade at John F. Kennedy’s inauguration with the warning, “Be there at six a.m. Schaden will be the rewrite man. Don’t try to write—just tell him what you saw.” The author’s reminiscences of old-school journalism—with its chaotic newsrooms, hot type, and guarded friendships among sources and writers—will please newspaper buffs, those who read the memoirs of H.L. Mencken and Joseph Mitchell. Of wider interest is Bernstein’s depiction of Washington in a time of desegregation and racial turmoil, when city officials drained public pools “rather than allow Black families to swim in them.” Of being raised in D.C., the author writes, “I thought sometimes, [it] was akin to living in a small town that also happened to be the capital of the United States. Washingtonians had a kind of double vision of these people—as ordinary neighbors, but also as historic figures.” Bernstein is now one such figure, and his book bears that weight.

An appealingly nostalgic view of a political past unriven by political tribalism, chronicled by a reporter with an eye on history.